Which Prescription Opioids Are Most Commonly Abused?

Which Prescription Opioids Are Most Commonly Abused?

It’s no secret that prescription medicines can be just as addictive as street drugs, and a 2016 survey found that a whopping 19 million Americans have misused prescription drugs.

If you’re worried about prescription opioid use in yourself or a loved one, it’s smart to know which drugs are most commonly abused. This way, you’ll be able to keep an eye out for warning signs and address any potential issues as soon as possible.

Opioids are generally prescribed for pain relief, but can also induce euphoria, leading to a high potential for abuse. Keep reading for details on the most commonly abused opioids, what they’re prescribed for, and how you can recognize abuse.Use The Divi Builder

Codeine is generally prescribed for mild to moderate pain and is sometimes combined with other painkillers, like paracetamol. It’s found in certain brands of cough syrup, and some prescription cold and flu medications.

Codeine cough syrup is sometimes mixed with soda to create ‘purple drank’, a mixture which has been popularized by rappers. Users may also abuse codeine by taking more than prescribed or using extraction methods to separate codeine from other painkillers, in order to take larger amounts.

Oxycodone is a pain medication available in immediate release and extended release forms. It’s stronger than codeine and is used to treat moderate to severe pain. It may be prescribed after a serious injury or as a way to treat chronic pain.

Oxycodone has a high potential for abuse, and users may crush the drug to snort, smoke or inject, or take more than prescribed orally. Addiction to Oxycodone can lead users to seek out stronger opiates on the street, like heroin.

Fentanyl is often reported on as a dangerous cut in street heroin. It’s many times stronger than other opiates, making it much more likely to lead to overdose.

Fentanyl is available on prescription but is typically only prescribed to treat severe pain. It’s available in the form of patches, pills, sprays, and lozenges, so route of administration may vary.

Users might take fentanyl by crushing it to inject, removing the gel from patches to smoke or swallow, or taking more pills or lozenges than prescribed. Since fentanyl is so strong, it’s one of the most dangerous prescription drugs to abuse.

How to Identify Prescription Opioid Abuse

Most people who start abusing opioid drugs start with a legitimate prescription. They might realize that they like the way the drugs make them feel, and start taking an extra pill every once in a while. This can quickly spiral out of control as tolerance increases, leaving users taking many more pills than is safe.

When they run out of prescription drugs, are cut off by a doctor, or can’t refill as often as they’d like, users will often turn to other avenues to get their fix. This could include purchasing drugs on the street, attempting to buy prescription drugs online, or ‘doctor shopping’ by registering with several different practices.

Keeping an eye out for drug-seeking behavior, changes in mood or appearance, and symptoms like extreme tiredness can help you to identify prescription opioid abuse. It’s important to talk openly and honestly about your concerns, without making any accusations.

If your loved one admits to having a problem with prescription drugs, you’re in a great position to help them seek treatment – whether this means talking to their doctor, going to rehab, or joining a 12-step group.

Prescription drugs can be just as dangerous as street drugs, so don’t ignore the signs of addiction.

Photo by Thought Catalog on Unsplash 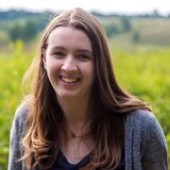 Teen Mental Illness Can Lead to Substance Use and Addiction

How to Properly Address the Drug Problem in the United States

What You Can Learn From The Opioid Epidemic