If you’re one of those people who gets emotional over the death of a celebrity, you aren’t alone. We see their movies. We listen to their music. We grew up with them, in a way, and they impacted our lives.

Margot Kidder, who passed away earlier this month, may best be known as Lois Lane in 1978’s Superman, but she was also known as someone who struggled with mental illness. After her very public nervous breakdown in the ‘90s, she didn’t sweep it under the rug. Instead, she became an advocate for mental health awareness at a time when many celebrities wouldn’t touch the subject.

Like Kidder, Carrie Fisher also had bipolar disorder and was another high-profile champion of mental health. Fisher wasn’t ashamed of her mental illness, and she frequently spoke out against stigma.

Mourning fictional characters is a perfectly normal reaction to icons passing. But more than that, their deaths as real people with real problems bring up feelings of sadness or depression within us and can remind of us of our own mortality. We may ask ourselves: “If it can happen to them, can it happen to me?,” or, “I won’t let what happened to them happen to me.” Their deaths feel personal on some level because we can relate in a deep, psychological way to their struggles.

The problem is that mental health resources that are available to famous people aren’t accessible to those of lower socioeconomic status or in rural areas. A 2016 Mental Health America report ranked each state’s ability to handle mental health problems. It showed that Nevada, Arizona and Alabama were last on the list because of those states’ shortage of care providers and the number of adults with mental illness not receiving treatment. The best access was found in Connecticut, Massachusetts and Vermont. Another finding is that more than half of American adults with mental health problems do not receive treatment.

“What these rankings come down to is access, investment and explaining to policymakers that they have a choice,” Paul Gionfriddo, chief executive officer of Mental Health America, told The Huffington Post. “They can invest now in mental health and prevention or they can invest later as it becomes a public health issue.”

In rural states like Alabama and Idaho, telemedicine is one way to provide psychiatry and is likely cheaper for rural healthcare facilities than it is to staff hospitals with specialists.

Telemedicine, or technology-assisted therapy, allows patients to receive a remote diagnosis and treatment through telecommunications technology. Telehealth specialists can visit with patients virtually, which improves access to healthcare for people who can’t travel to receive treatment.

Currently, there are about 650,000 social workers in the U.S. who can help assist people who need help physically and emotionally. However, 80 percent of social workers are located in cities. Families in less populated areas have limited access to critical social support systems. This is where telemedicine comes into play.

There needs to be a better focus on distribution of healthcare workers for people in rural areas or in poor communities. It’s also up to the individual to seek care, which isn’t done nearly enough because there’s still a stigma attached to mental illness, and some people just don’t know where to start or don’t know they have mental health issues.

When celebrities with mental health challenges come forward to share their experiences, it helps open a dialogue for others not to feel so alone. The conversation needs to continue, and our elected officials need to do their part in improving access to healthcare for every citizen — not just the rich and famous.

Photo by Mike Labrum on Unsplash 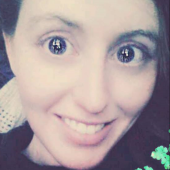 Avery T. Phillips is a freelance human being with too much to say. She loves nature and examining human interactions with the world.

How to Cope with Grief after the Loss of Your Baby

When the Police Are Called on Your Child: Our Introduction to the Juvenile Justice System