Many people are unaware of what hypnotherapy actually is. They see the largely inaccurate media depictions and become confused with the realities. This as true for me until I began to train as a clinical hypnotherapist. Here are the details of my first experience of hypnotherapy.

It was in 2002 on my first day as a student of the London College of Clinical Hypnotherapy. We did all the usual college stuff of signing forms, introducing ourselves etc. Once all this was out of the way our teacher, Maurice Sterndale, said that he would do a group demonstration of hypnosis. I got quite excited by this. I had wondered what it was like for many years, and had always been interested in hypnosis for as long as I can remember. I must admit, curiosity was one of my motivating factors in deciding to enroll.

He asked the class to close our eyes. Inwardly I began feeling a bit worried. I was thinking “I don’t really know him, or anyone here, and I am surrendering all my control in a place I have never been to before, filled with complete strangers” However I quickly got over this as I reasoned that this was one of the reasons that I was here – to experience a hypnotic trance.

I closed my eyes, and could feel my heart beating quicker. Paranoid thoughts started to enter my mind. I had never seen a demonstration of clinical hypnotherapy before. The only hypnosis I had witnessed was stage hypnosis, and that was as an observer, not a subject. What if he was going to single me out and make me do something embarrassing in order to demonstrate the magical powers of hypnosis? What if he turns me into a chicken for everyone else’s amusement? I opened my eyes slightly, and slyly peeped around. He was still stood at the front, phew!

I allowed my eyes to close once more, and began listening to his words. He talked in a slow comforting voice, softly whispering at times. At first Maurice asked us to focus on our breathing, directing us to take slow deep breaths. This immediately began to calm me down. My heart began to slow, and I felt comfortably relaxed.

He gave suggestions of walking down steps, feeling deeper and deeper relaxed with each step down. Every time he said the words ‘deeper relax’ I felt a wave of relaxation surge from my brain, and flow through my whole body. “This is alright” I thought.

Soon I began thinking to myself “I can still hear him. I still know who I am, and where I am…Is this it?” I felt pleasantly comfortable and relaxed, but was a little disappointed that nothing ‘magical’ was happening. After taking stock of my thoughts for a few moments, I reasoned that actually I do not want anything ‘magical’ to happen to me. I didn’t want to be changed into a singing and dancing Elvis for everyone else’s amusement. I realised that I should be happy.

However my mind quickly countered “Maybe something magical IS happening to me. How do I know that I can move my hand? How do I know if I do have control? What if this control is just an illusion?” I though to myself, “Shall I try and move my hand? Yes, let’s see what happens”. I delicately twitched the fingers in my left hand, just a little. They still work! I can still move!

No one was ‘in control’ of me. This shattered my perception of hypnosis, but at the same time comforted me. “This feels like meditation” I concluded. “I could stand up and walk out of the room any time I choose”. “All this hype about hypnosis is wrong”. Then the strangest thing happened to me.

I could hear Maurice counting “Eight, nine, ten, and fully wide awake, fully wide awake” as my mind seemed to be lifted back to reality. With my blinking eyes I scanned my hazy vision around the room at the other students, who were also looking around the room with their glazed expressions. I noticed my hands felt a little cold. After a few seconds I managed to re orientate myself back to reality, and I looked at the clock. 15 minutes had passed, but it only seemed like 5 – weird! I felt somehow calmer and more relaxed than I probably had ever felt in my whole life. Nothing weird or ‘magical’ had happened, but it worked, I felt calm and relaxed. I felt great!

As I drove the 20 miles journey back home at the end of the session, I had plenty of time to recap on the days’ events. I realised that I had walked into the college with a warped perception of hypnosis. A perception that was shaped and distorted by the stage shows that I had seen, the snippets of scare mongering that I had read in the press, and those old grainy black and white films that show a hypnotist taking control of people’s minds with the ‘mesmer stare’. I couldn’t believe that I had fallen for it. I couldn’t believe that I actually believed that you could control someone’s mind with a few carefully chosen words. It doesn’t make sense. Bank robbers would do it, advertisers would do it, and everyone would be doing it. What a fool I had been all these years!

By the end of that day I realised that clinical hypnotherapy was not about power or control. It was about relaxing the mind and helping people make the changes that they wanted to make. Working WITH the subject, rather than against them. That is the real power, and that is the real magic of hypnosis.

I also learnt that most people naturally go into hypnotic states several times per day. When you are deeply engrossed in a book or a film, you are experiencing a hypnotic trance. Many people slip into a hypnotic trance when driving. They can drive for many miles without consciously thinking, without even realising that they are driving! You drivers out there will know what I am talking about. If any emergency occurs when driving in this state, you can immediately snap out of it and take the appropriate action. So you have all actually experienced a trance many times, and so you do have some idea already how it feels. It isn’t all that strange, magical or mysterious; it is calming, relaxing and very pleasant.

Although everyone’s experience of hypnosis will be personal and slightly different, I hope I have managed to get across some of what hypnotherapy feels like. I hope I have put the minds at ease of those of you who are considering hypnosis as a therapeutic option. A hypnotic trance is simply a naturally relaxed state of mind, which almost everyone can achieve at some level. You are still you, and you are still fully in control. Enjoy!

Jon Rhodes is one of the UK’s leading clinical hypnotherapists. Click here for more information on his free online hypnosis sessions, and here for more hypnosis downloads 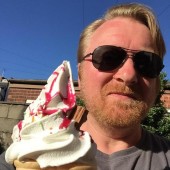 Children and Adolescents – A Glossary of Mental Health Terms