Too Close for Comfort

The goal of this article is to help you recognize unhealthy relationships by:

Recognizing an Unhealthy Attachment to the Relationship

Dan has a problem. “I just got dumped again”, he admits with a hint of embarrassment in his voice. “She accused me of smothering her to death and claimed that I had become too controlling. I’m not sure what happened to be honest with you, because I treated her so well. It seems like all of my relationships end up this way and frankly, I’m getting sick of it.”

Gayle reports a slightly different problem. “I’ve been dating this guy for about three months and I am about ready to pull the plug on the relationship. I hate doing it, but what else can I do? He makes me account for every moment of my time and I’m starting to feel trapped,” he explains. “The phone rings half a dozen times each day and it’s always him, calling to harass me about my daily activities and then laying on a guilt trip for not showing her enough attention. I feel like I don’t have a life anymore because she monopolizes all of my time.”

Can you relate? If so, you are not alone. Dan and Gayle’s problem points to the hidden frustration of countless people who have discovered that being in a relationship means living in hell. At some point, all of us experience a certain amount of anxiety with the person we are romantically involved with and it’s only natural to expect accountability.

But if she’s telling you that “you are a control freak” or if you have been made to feel as if though a chain has been placed around your neck, then there might be a more serious problem at hand called Relational Dependency (RD). Simply put, relational dependency is part of an overall process by which an individual develops an unhealthy attachment to his or her relationship. This means that for some people, there is a misguided need to be romantically involved with another in order to experience self-validation. What’s more, RD people subconsciously believe that by using controlling, manipulative behaviors, they can somehow trap love.

Affecting both men and women equally, RD is a problem that is progressive in nature, meaning that as the relationship continues, the controlling behaviors worsen. At the core of this quandary is a fear of abandonment, with the clues to this phenomenon that can be traced to a person’s attachment style. If left unchecked, the controlling behaviors can escalate, eventually spiraling out of control and causing great misery for both parties involved.

So how do you know if you or your partner is suffering from this affliction? By examining a process called Obsessive Relational Progression (ORP), which is a specific style of attachment for relationally dependent people, it may be possible to recognize the symptoms.

Take a look at the Obsessive Love Wheel, representing the four phases of ORP. It is called a wheel because it is always turning, round and round as the relationship continues. Sometimes the wheel turns quickly, other times slowly, but it is always turning and always painful. While examining the wheel, look for any patterns of behavior over the course your relationship(s) and ask yourself: “Do either I or the person I am involved with behave this way?”

Phase One: The Attraction Phase

The initial phase of ORP is characterized by an instantaneous and overwhelming attraction to another person. It is at this point the relationally dependent person becomes “hooked” on a romantic interest, usually resulting from the slightest bit of attention from the person they are attracted to. Phase One ORP behaviors can include:

This phase in considered a relational turning point, which usually occurs after a commitment has been made between both parties. Sometimes however, the relationally dependent person will enter into this phase without the presence of a commitment. This happens when the afflicted person creates the illusion of intimacy, regardless of the other person’s true feelings. The second phase of ORP behaviors can include:

This particular phase represents the rapid escalation of this unhealthy attachment style. It is at this point that obsessive, controlling behaviors reach critical mass, ultimately overwhelming the RD person’s life. It is also at this point that the person being controlled begins to pull back and ultimately, severs the relationship. In short, Phase Three is characterized by a total loss of control on the part of the RD person, resulting from extreme anxiety. Usually, the following characteristics are apparent during the third phase of ORP:

This is the final phase of Obsessive Relational Progression. It represents the destruction of the relationship, due to phase three behaviors, which have caused a love interest to understandably flee. For a variety of reasons, this is considered the most dangerous of the four phases, because the RD person suddenly plummets into a deep depression due to the collapse of the relationship. Here are some of the more common behaviors that are exhibited during phase four of ORP:

Sadly for most people who suffer from RD, the only way they can get off their chaotic wheel is by jumping onto a new one, causing the cycle of control to repeat itself in a new relationship. If what you have read speaks to your situation or the person you are involved with, then it may be time for help. There are specific reasons behind the affliction of RD, which can generally be traced to a person’s past. Consider speaking with a helping professional trained in the field of relationships, such as a mental health counselor or family and marriage therapist. If you are engaged in stalking behaviors or you are being stalked, it is important to get help quickly.

Relational Dependency is treatable but only when there is an acknowledgement that a problem exists. Bear in mind that changing controlling behaviors takes time and progress should not be expected to occur over night. By reaching out for support, the relationally dependent person is really reaching in. 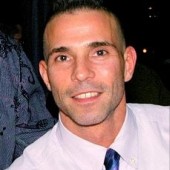 How do You Manage ADHD?

ADHD: What Are the Educational Options?