The Importance of Counselors After a Natural Disaster

It’s been a rough month for the South. Hurricane after hurricane has pummeled the southern beaches of Texas and the Florida peninsula. With the addition of the earthquakes in Mexico, and lost villages (or entire islands) in the Caribbean, it almost feels like the world is falling apart at the seams. In the States, it will most likely take months to recover, and billions of dollars in emergency funding before many Floridians and Texans can get back to their normal lives.

Even now, rescuers are still trying to pick apart the torn up towns of Naples and Hollywood, FL, looking for survivors that might have tried to weather through Hurricane Irma. Time will tell if the death count rises or if people were able to make it through the 130 mph winds and storm surges.

So much consideration is always given to the immediate aftermath of a storm, as well as the reconstruction of the city at the epicenter. Yes, most buildings will need to be fixed or rebuilt, and yes, many people will have lost their homes and everything in them. But very little consideration is ever given to the long-lasting impact of these storms. How will the people adjust to losing everything? How will people cope with the haunting images that they might have seen during the storm? Once they’re given shelter, what do they do next? How will they mentally recover from all the trauma?

Social workers, nurses, and crisis counselors will be on the front lines, working as the unsung heroes of the aftermath. Let’s look at why counselors are so vital to the citizens of a city that has lived through a natural disaster.

The flooding caused by Hurricane Harvey brought to mind another tragedy, almost 12 years-to-the-day prior: Hurricane Katrina. Katrina was certainly a massive storm, but the impact it had on low-income household in New Orleans, LA — where 80 percent of the city was underwater after the storm and 1.5 million residents were displaced — is what gave it infamy.

Much of the post-Katrina aid on the ground came from the Army Corps of Engineers (who restored the levees) and the National Guard (who “restored order” to the city). However, despite the massive losses that the city experienced, very little consideration was given to the people that survived the tragedy.

Researchers with the University of Massachusetts, Princeton University, Harvard University, and Washington State University conducted an extensive study on the mental impact Hurricane Katrina created for poor communities in New Orleans. Their research focused on 392 low-income parents and found that over half of those in the study showed clear signs of Posttraumatic Stress Disorder (PTSD). Their study also found that:

Rutgers University’s Social Work program highlights the importance of counselors and social workers after a major natural disaster. In an article covering the topic, they note that:

“Social services professionals will be the proverbial boots on the ground to try to help families avoid these types of lasting mental illnesses and hardship. […] natural disasters which occur in rural areas might be the most dangerous of all when it comes to mental wellness. Because these areas have far fewer social and general health care services, they will tend to take longer to heal and recover.”

This was evident in the long-lasting effect Katrina had on the citizens of New Orleans, and it most likely will be evident as time passes after Hurricanes Harvey and Irma. If given the support they need, low-income houses can recover faster with the help of mental health services, but will they ever receive that help?

A Long Road to Recovery

The role and purpose of crisis counselors is to assess where their services are needed and to act as first responders to victims of a tragedy. This unique branch of the counseling profession requires strong-willed and patient people. Oftentimes after a crisis, victims will go into shock: unable to speak or move. The role of the crisis counselor is to help them through this process so that they can begin to process all the things they saw and experienced. Processing can be traumatic in itself, but counselors will be there to help them understand their emotions and to show them compassion.

Unfortunately for the community, many people who experienced trauma may never see a crisis counselor. For every single counselor on duty, there could be thousands of people waiting to receive help. It’s not always possible for everyone to get the time and care that they need.

Plus, it’s a long road to recovery for many of those affected by the storm. They may experience new frustrations or stressors over the next year that add to the initial trauma. Many will have to apply for government assistance, work with insurance agencies or contractors, and many more might not have basic necessities for months after the tragedy. Some victims during Hurricane Katrina had to wait almost 12 months for electricity. Unfortunately, that may be the reality for many people in Houston too.

Counselors on the Ground in Houston

The Washington Post sent reporters to shelters in Houston to uncover how crisis counselors were navigating the situation. According to their article, many shelters had additional medical and mental health tents, some even with specialized caretakers for children. Many of the counselors could be found roaming the shelter, asking residents how they were handling the situation. Others were in their tent, treating those in need and helping to find medication for those that were already suffering from a diagnosed mental health condition.

However, there are still many months to come before many of the survivors will be able to fully process their trauma. One nurse from Houston, Andrea Sawyer-Gray, was quoted as saying: “The donations, the things coming in are to replace our material things, but there’s nothing that can replace our peace of mind.”

Jean Rhodes, a psychologist with the University of Massachusetts (and one of the researchers of the PTSD cases following Hurricane Katrina), provided The Washington Post with some insight on how shelters can do their part after a natural disaster:

“Through her work, Rhodes has concluded that, early on, people need familiar systems of support, so she has recommended moving people to shelters near their neighborhoods so there is a sense of community. She is also an advocate for allowing people to keep their pets in the shelters because of the tremendous comfort they provide.”

Some early recognition was given to the need for crisis counselors, according to The Washington Post. Already, online therapy groups have started for some survivors, allowing them access to a professional that can help them process their trauma. As word spreads of this service, there is hope that more like it will pop up to help meet the needs of the survivors.

For the many victims of Hurricane Harvey and Irma (and potentially the future victims of Hurricane Jose), crisis counselors will be the first response team for their mind, but they will need additional mental help as they continue to transition back to normalcy. Hopefully, with the research conducted following Hurricane Katrina, the states of Florida and Texas will recognize the rising importance of accessible mental health services following a natural disaster of this magnitude. Time will heal their wounds, but only if someone can help guide them through it. 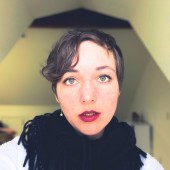 Katie McBeth is a freelance writer out of Boise, ID. She enjoys reading teen novels, eating mac ‘n cheese, and attending indie concerts in small bars. Her love for reading is only trumped by her love for cats, of which she has three. She also has a dog, and he helps keep her grounded. You can follow her animal and writing adventures on Instagram or Twitter.

Suicide in the U.S.: Statistics and Prevention

Borderline Personality Disorder and the Question Who am I?