About two weeks ago, I got up in the morning and went into the bathroom to change. When I took off my shirt, I was shocked and terrified to find a very, very strange looking bruise on my left breast. It was nearly a perfect circle, and had a dark outer area and a lighter inner area. I had no idea where it would have come from. It wasn’t there the day before, and I know I didn’t injure myself in 24 hours.

So, I took a couple of pictures on my phone and messaged my husband. We were both very concerned, and knew I had to see my doctor as soon as I could. We made an appointment, but by the time we got there, most of the mark had faded. I still had the photos on my phone and I showed him. I thought I could feel something under the mark, and he checked and felt something as well.

The one thing you have to understand is that the last mammogram I had was in 1999 before I had breast reduction surgery. It took me a year to recover from the surgery. I had an infection on one side for a while, and I was in an excruciating amount of pain. I still go through pain frequently if my cats walk on my chest. Sometimes the area where the infection was will just throb for no reason. So, quite honestly I’ve avoided the idea of a mammogram for a very long time. I kept telling myself that I had until at least my 40’s. Even if I felt something strange, I told myself it was because of the surgery and it was nothing.

Well, I’ve been in my 40’s for three years now, and still haven’t made it to get tested. Now it seems like I have no other choice, and I’m having a really hard time with it. My mom died from cancer. Both of her sisters died from cancer. My dad had skin cancer. The chances of me getting cancer are pretty high. Yet, somehow I’ve avoided getting this test done and even avoided an OB/GYN for many years. The truth is, I’m ashamed.

I’m ashamed of my physical appearance. Nearly every single day when I get dressed in the bathroom, I over-analyze every single detail about myself. I secretly call it my eating disorder brain. Things were going pretty well while I was losing some weight this year, but for the last month or so, I’ve been dealing with so much stress and such horrible depression symptoms, I’m afraid I’m back to my bad habits.

I don’t sleep well at night, if I sleep at all. I’m working with my psychiatrist on this part at least, but we’ve yet to find something that will help me fall asleep or stay asleep. It doesn’t matter how late I sleep in the day, I never wake up feeling like I slept. I’m in a constant fog of exhaustion and depression.  So, most days it’s around 4:00 in the afternoon before I realize that I’ve forgotten to eat again. Most of the time, I still won’t eat anything until I’m to the point of vomiting, and then I still don’t feel like eating because I’m nauseated. A week or so ago, Joe and I were talking about what he wanted for dinner and he mentioned a cheeseburger, and I immediately had to get up and run to the bathroom to throw up. That has never happened to me before, and it’s baffling.

I’ll never truly know the effects of starving myself for so long have had on my body, but I know how it all makes me feel inside. I can’t stand my image in the mirror. I hate to have anyone look at me. I don’t like being in public and if I do go somewhere, I’m constantly in a defensive posture. Why is she staring at me? That guy probably thinks I’m disgusting…I think I’m disgusting, why wouldn’t he?  It’s a giant undertaking to get me up and ready to do anything. So, now I have to go to several appointments where people will be looking at me without my clothes on? It’s like hell on Earth.

Tomorrow I go to the doctor for a mammogram and an ultrasound. I’m terrified. I’m terrified of the test, I’m terrified of the results and I’m terrified of the other doctor appointments I have coming up over the next few weeks. I can’t settle down. I randomly cry over virtually nothing and have no explanation when my husband asks me why. So, every night before I finally turn off the TV and attempt another unsatisfying night of sleep, I promise myself the next day will be better. I’ll eat right, I’ll do what I need to do. When the next morning (afternoon?) comes, it’s all forgotten. I get up every single day to a raging headache that decides over the course of the day whether it’s going to become a migraine or not.

I feel like I’ve lost complete control over anything and everything. I’m embarrassed to even talk to anyone. Which is the real cruel irony here. People tell me all the time, you’re so strong and so brave! Look at everything you’ve accomplished! You’re an inspiration to me.

All I can do is say thank you. What am I supposed to say? Gee thanks, but you know…I never leave my house anymore, I hardly eat, I hardly sleep, I’m paralyzed by panic attacks, I’m lucky if I get a shower, and I cry at the drop of a hat. That hardly sounds like a strong and inspirational person.

I’ve been here so very many times before. I’m always thinking to myself why haven’t you learned how to deal with this yet?  The honest answer to that may sound like an excuse, but I swear it’s different every single time. There are different factors that lead up to it, different things that exacerbate it, different reasons it’s harder to manage the symptoms. I’ve tried nearly everything to get through it this time. I won’t lie, I do have good moments. When Joe comes home from work, and I’m finally able to talk to a human being, and we watch something funny on TV, I’m OK for a minute. Then he rolls over to go to sleep and my nightmare starts all over again. Recently, there have been some issues with family, and those issues have been a tremendous burden on my emotions. The nightmares alone are crippling.

So, how do you keep up the brave façade when all you want to do is disappear? How do you encourage and uplift others when you’re terrified to even look in the mirror? How does “Superwoman” keep flying when somebody is stepping on her cape? I don’t know.  I just don’t have an answer, and that thought scares me more than all of the others. What I do know is that I’m still hanging on. I’ve come too far to let all of the stress and fears take me down. I don’t know how I’m going to do this, I really don’t. I can’t even let myself think that something might be physically wrong with me at this moment. It’s far too painful to even let it rent space in my head.

I guess I’ll keep doing what I’ve always done. It doesn’t make a whole lot of sense to be afraid of things that haven’t even happened yet, so I’ll keep telling myself that. Somehow, I’ll get through the rough patch the same way I always do. With all the grace and control of a bull elephant with a hernia. I don’t have a lot of choice. I’m not ready to let go of this tiny shred of hope. I’m not ready to let go of my husband and my life. It’s going to suck; I will not harbor any delusions that this will not suck. I guess I just needed to be honest about where I’m at. It feels like the weight of the world is on my shoulders, and all I can do is hope I’m strong enough to carry it. 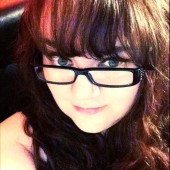 Trying to Control Makes us Miserable

Your 3 Point Plan To Tackle Stress