It’s hard to keep up with all the dangerous, painful, and traumatic issues teens face in society today. Whether it’s bullying, drug abuse, or domestic violence – to name a few – there’s no shortage of problems adolescents are confronted with on a daily basis.

However, one alarming trend that our society simply can’t afford to ignore anymore is teen depression. According to recent reports it is quietly spiraling out-of-control. But due to the sheer volume of other teen crisis teen depression is getting lost in the shuffle while other healthcare concerns like the heroin epidemic are dominating the headlines.

The Journal of Pediatrics published a study revealing a dramatic rise in major teen depression in the United States, The study “National Trends in the Prevalence and Treatment of Depression in Adolescents and Young Adults,” found that the frequency of teens who reported a Major Depressive Episode (MDE) in the previous 12 months jumped from 8.7% in 2005 to 11.5% in 2014. That’s a 37 percent increase!

What is a MDE?

The clinical definition of an MDE is when a person experiences a period of at least two weeks of extreme depression. Symptoms include low self-esteem, loss of interest in normally enjoyable activities, and problems with sleep, energy and concentration.

In 2015, the National Institute of Mental Health (NIH) reported that an estimated three million adolescents aged 12 to 17 in the U.S. had at least one MDE within the past year. This number represented 12.5% of the U.S. population aged 12 to 17.

According to the Department of Health and Human Services, rates of depression among girls between the ages of 12-17 in 2015 were more than twice that of boys, In the U.S. 19.5% of teen girls experienced at least one major depressive episode in the last year, versus 5.8% for teen boys.

Why teen girls are more prone to depression?

While anxiety and depression occur in both genders, by the teenage years, girls are much more at risk than boys. The wide gap between teen girls and boy’s depression can be traced back to the difference in their brain development.

Before puberty, the occurrence of mood disorders like depression is about the same between boys and girls. Then by mid-adolescence girls are more than three times as likely to be diagnosed with a mood disorder as boys.

So why is there such a wide disparity in the severity of mood disorders between the genders? Are teen boys mentally tougher than girls? Not by a long shot. It is all about how their brains process emotional stimuli.

In the article: “Mood Disorders and Teenage Girls,” published by Child Mind Institute, it was found by looking at brain scans of both genders that there are differences in the way girls and boys process emotional stimuli. Girl’s brains develop, in terms of their emotional recognition, faster than boys—and that sensitivity could make them more susceptible to depression and anxiety.

According to WebMD, teenage girls encounter more “stressors” in life, especially in their interpersonal relationships, than boys — and they react more sensitively to those pressures, The difference in brain development growth may account in part because teen girls encounter more pronounced levels of depression, the study suggests.

The Pediatrics study researchers discovered that adolescent girls may be more exposed to risk factors causing depression like cyber bullying. They point to research revealing that cyber bullying is much more common among girls than boys.

One culprit is the use of teen social media favorite Snapchat. The uber popular multimedia, chat messaging app has become the go to instrument for cyber bullying especially for adolescent girls. This is highly relevant because Snapchat is used more frequently among teen girls according to a Harvard Study in 2015.

Cyber bullying on social media has been associated with causing depression in teenagers, according to research that analyzed multiple studies on the online hazard. The study was conducted by Michele Hamm, a researcher in pediatrics at the University of Alberta.

School counselors see evidence that technology and online bullying particularly among girls are affecting their mental health as early as the fifth grade. Some of the negative consequences resulting from bullying induced depression can range from truancy to varying degrees of self-harm like cutting.

What can be done to counter depression?

Like many teen issues such as drug abuse – a strong parent-child relationship can help prevent depression. The Mayo Clinic recommends the following parental tips to prevent or combat teen depression:

Additional strategies to defeat teen depression before it manifests into a teen’ behavior include:

After the Journal of Pediatrics recently published their shocking report about the stunning increase in teen depression, there are no more excuses for inaction. If teen depression is left untreated like so many other public health epidemics in the past, the consequences could be catastrophic.

Scott Brand is a prominent digital marketer in the addiction recovery industry, where he works with Inspirations for Youth and Families teen treatment center as well as it adult counterpart the Cove Center for Recovery. Scott has also been a contributing columnist for Healthline, one of the fastest growing health information websites. He has authored hundreds of health related articles in over 80 publications including the peer reviewed International Journal of Emergency Mental Health and Human Resilience.

Photo by Martin Kníže on Unsplash 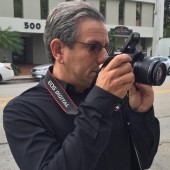 How to Recognize Signs of Depression in a Friend