Teen Depression: Signs And Symptoms To Watch For

Teen depression is very common these days. The reason is that teenagers need to face a lot of problems such as difficulty in studies, abusive relationships, problems in a relationship, an argument with parents and family due to a generation gap and much more.

Most of these problem results in to teen depression in an individual. A real depression in teens might be difficult to diagnose because normal behavior includes both up and down moods. Different period with alternating feelings that ‘this is great’ or ‘it sucks’ are usual. These moods may alternate over a period of hours or days.

There are also many misconceptions about the subject of teen depression. Teen years are really tough and one needs to balance out the problems in order to enjoy this golden period.

Occasional blues and mood swing are common among teenagers. However, when it comes to depression, it is quite different from mood swing and occasional period of feeling blue.

Depression can be really serious and even destroy the essence of a teenager’s overall personality. This ultimately results in a sense of despair, sadness and anger. Early treatment and expert professional advice will help you in combating this problem.

In order to detect signs of teen depression at early stages, it is important to keep tabs on the symptoms of this disorder. You need to learn all the significant symptoms, a teenager may have to face when going through the stage of teen depression. This would also let you provide some assistance to the patient.

First, you need to understand that as a teenager, one has to face a lot of pressures such as changes of puberty, questions related to who they are and where they fit in. The sudden transition from being a child to an adult also brings along a lot of conflicts from the parental side as the teen starts demanding more amount of freedom.

With so much changes going on inside the body and external environments, a teenager tends to face a lot of problems and this sometimes lead in to sudden moodiness or depression. It is very important to be able to differentiate between moodiness and depression in order to save the individual from facing any further problems.

Here are certain symptoms you need to watch for in order to identify depression in a teenager.

Medical experts have found that early diagnosis and medical treatment will help in curing this disorder.

Hence, you need to watch out for the symptoms mentioned above. 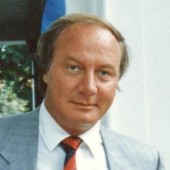 Narcissism FAQ: How to Recognize a Narcissist

Managing Your Own Medication

The Facts About Depression