Skin Problems in Women and How You Can Deal With Them

Skin Problems in Women and How You Can Deal With Them

Skin is one of the most sensitive parts of the human body but a lot of us take it very lightly when we encounter any skin problem or disease. There a lot of skin problems that people hide and rather than finding a cure for it, they just keep it under the belt. While skin problems can have an impact on both men and women, it’s the latter that is more vocal and caring towards skin problems and diseases. Women are the one who usually takes more care of their skin rather than men so that they don’t get infected by any disease.

Women want to put forward the best skin and this is one reason why they are so careful about their skin. There may be some skin problems that women face but having a healthy and glowing skin from head to toe is still possible. But it is not the easiest part to do. Women face quite a few skin problems that make it difficult for them to have a healthy and glowing skin. Face serums can help fight off these problems as there are numerous face serum benefits which also includes making the skin glow. We will now take you through some of the skin problems that the majority of the women face and how you can face these problems in the future.

This particular skin problem is one of the most common problems that you would find in both men and women. Acne can happen due to various reasons with some common reasons being sticky skin cells, oil production from the body, hormone androgen in the body, and other reasons. In order to curb acne issues, it is advised that salicylic acid should be used with a facial wash in order to unclog pores. You can use the similar face wash at night time as well in order to control your acne problem. If you think that the face wash is for drying, then you can also opt for a gentle cleanser.

We all have read about scars in the Harry Potter series. But only a few of us will be living with real scars in our daily lives. Scars can take place due to an accident that leaves its mark on your skin. The damage done to the collagen or elastin of the skin is the main reasons for having a scar. It is really difficult to get rid of scars but you can get rid of them when they are new. In order to cure scar, steroid injections can be used that improve the appearance on the skin while the red scars can be cured with a vascular laser.

Going for a sunbath is not a bad option especially when people are deprived of witnessing a sunny afternoon. Every woman likes to relax on the beach on a sunny day but seldom know that the sun can be damaging to their skin due to the white spots it can create. These white spots created due to sun damage can further aggravate into a skin disorder called vitiligo. If you have attained the level of this particular disorder than the white spots on your skin will continue to grow rapidly on your body.

Hence this is one reason why white spots need to be attended quickly or else they can grow and transform into a proper skin disorder. To cure this particular disease woman need to find out whether they vitiligo or not from a dermatologist. Use of anti-inflammatory ointments can help in reducing the white spots as they prevent the attack on pigment cells. These ointments need to be applied twice on daily basis. Camouflaging creams can also be used to hide these white spots if any woman wishes to do this.

Another problem that is faced by the women is none other than moles. This particular skin disease is quite common amongst women that have light skin. Moles start to grow when a woman’s skin starts to grow together rather than spreading out. Moles are a common skin problem that can be treated without any major harm. However, a mole can turn into melanoma which is a type of skin cancer and can turn out to be lethal for any person both man and woman.  Hence special attention needs to be given to moles.

It is advised that if anyone has any mole they should go and get it checked with their dermatologist so that it can be found whether a mole can turn to skin cancer or not. If not then the mole may not be needed to remove if it is not giving any pain to the woman. But if the mole is changing its color or bleeding or growing rapidly then you need to go and get it checked as these are the symptoms of any mole turning into melanoma. If found positive, the mole needs to be cut off from the body.

Photo by Rune Enstad on Unsplash 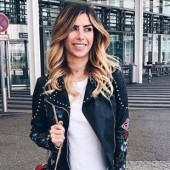 Gloria Stokes is a passionate writer and editor who loves to read and write articles over weaponry and loves to travel. She has completed her weapons engineering from the Cranfield University.