When it comes to substance abuse, there are several reasons why both teenagers and young adults may succumb to it. In many cases, they feel compelled to follow the example set by some of their peers and begin trying out various addictive substances. However, it can be something more serious causing this activity, such as depression, anxiety, or another mental health disorder. Here are six causes of substance abuse to be aware of in teens and young adults.

Curiosity or an Urge to Experiment

One of the biggest reasons why teens abuse substances is simple curiosity and to discover for themselves what some of their peers find so attractive. Additionally, young people commonly associate their youth with being a time period to try new, and potentially dangerous things. There may also be a strong sense of over-confidence in themselves that allows them to think that their experimentation won’t result in any long-term or negative consequences.

Rebelling Against Society, School or Family

Young people can often be resentful of the rules and regulations imposed on them by society, school or their family. Since one of the most common lessons passed down from figures of authority is to avoid addictive substances, it’s not surprising that turning to them can be viewed as an act of rebellion. Such an act of defiance can also meet their need to display self-assertiveness and independence. If parents or society are perceived as being hypocritical or overly demanding, some teens may turn to drugs or alcohol as a way of striking back.

In the same way that many adults turn to drugs or alcohol to relieve emotional pain and distress, teens may do so also. This is a form of self-medication that is shared by a wide range of age groups, income levels and demographics. Teens can also be more susceptible to the temptation to rely on substances as a way to escape an environment in which they feel trapped or compromised. Many young adults and teens feel a considerable degree of anxiety over how they’re going to overcome the challenges posed by the need to “get ahead,” whether that is in their education, social life, etc. While substance abuse is a disastrously poor choice of addressing such things, drugs may represent an easily-accessible means of relieving some of that anxiety.

Peer Group Pressure and a Need To Bond With Others

Young people can often feel a strong need to bond with others and be accepted by their peers. This desire can be especially powerful when entering a new stage of life, such as starting high school, moving to a new town, etc. Drugs and/or alcohol can serve as a bonding experience that achieves acceptance into a peer group. There may be a powerful temptation to do what others are doing when a newcomer or socially-compromised teen is seeking acceptance.

A lack of friends, the effects of bullying by peers, or concern over one’s appearance can cause teens and young adults to have a damaged sense of self-esteem. A low sense of self-worth or feeling uncomfortable with oneself can cause a young adult to become prone to self-destructive behavior. It can also lead to substance abuse as a means of building self-esteem by gaining acceptance into a group that shares a liking for these substances.

Many adolescents who suffer from depression or some other form of mental health issue turn to substance abuse as way of coping. Drugs canbecome a way of dealing with the anxiety or depression that can accompany even the mildest of emotional disorders. Studies have shown that anxiety disorders have affected more than 25 percent of teens and canalso lead to chronic depression, inhibited social skills, and poor academicperformance. The attempt at self-medication may not be clear to family members as the afflicted teen turns to various substances to help cope with distressing school and social issues.

Where to Get Help

If you suspect that a friend or loved one is developing or suffering from a substance abuse disorder, the most important thing to do isencourage that individual to seek professional help. Consider helping them research rehab centers and substance abuse treatment programs which can help through the path to recovery.

Whether it is at home, school, or everyday social life, there are several situations which may drive a teenager or young adult into substance abuse. It can be something as simple as wanting to fit in with classmates to something as serious as anxiety or a depression disorder. While this is by no means a complete list, these are a few common causes to be aware of concerning substance abuse in teens and young adults.

Photo by Sharon McCutcheon on Unsplash 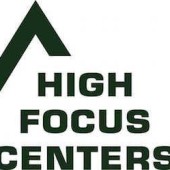 Dan Gellman is the Director of High Focus Centers, a provider of outpatient substance abuse and psychiatric treatment programs in New Jersey.