As we start aging, we notice changes in our innate ability to both recollect and remember things.

For instance, you might enter the living room and then just can’t seem to remember why you had done so. You fail to recall a particularly memorable experience during an intimate conversation with a loved one. As a matter of fact, you might even end up missing an appointment just because it slipped your mind.

There is nothing specific about memory lapses; they can occur at just about any age (contrary to popular perceptions). But unfortunately, we tend to get far more distressed by such lapses as we get older. This is because we fear that they are the first signs of creeping dementia, or the loss of intellectual function, as it is referred to in the world of mental health.

The fact of the matter is that significant memory loss in the elderly population is not a normal part of the aging process. Rather it is due to other events such as brain injury, or even a neurological illness such as Alzheimer’s for instance. The latter not only is one of the most common causes of memory loss amongst the geriatric population but also the one of the most feared as well.

Most of the more common and fleeting memory related problems that we generally experience with old age are basically reflective of the (fairly) normal changes that regularly take place in the structure as well as the functionality of the human brain. These changes can slow down certain cognitive functions and processes, thereby making it a bit harder to learn entirely new things quickly, or screen out the thousand and one myriad little distractions that can interfere with our memory function and our learning ability as well.

Granted, many, if not most of these changes can turn out to be just a tad frustrating and can seem far from harmless, especially when we desperately need to learn new skills or when we even end up juggling a dozen new responsibilities. However, we can thank the medical fraternity for decades of research, and the different strategies they come up with to both protect and sharpen our minds.

Let us take a look at a few of the effective ones:

You should always learn to use ‘all’ of your senses’

There is a fairly simple rule of thumb here. And that is that the more the senses that you will use in learning something (almost) new, the more your brain will be actively involved in trying to retain that particular memory.

A group of adults was shown a series of what we may refer to as ‘emotionally neutral images.’ Each person was made to use their olfactory organs to fixate on a specific aroma while simultaneously trying to see the images that had been placed in front of them. In this case, they were not asked to remember what they saw.

Later on, they were shown a set of images, without any of the smells they had been asked to sniff before. This time they were asked to remember what they had seen. In this case, the people seemed to have had excellent recall for just about all the odor paired pictures they were shown. And this relationship was particularly strong for those images that had been associated with pleasant aromas.

In this case, the brain imaging patterns clearly indicate that the organ’s piriform cortex, or in laymen’s terms the main aroma processing region of the human brain, became quite active when these people saw objects paired with different odors. An important thing to note is that these aromas and odors were no longer present in front of them and test subjects had not even tried to remember them, in the first place.

The key lesson we can learn from this example is that we should always challenge our senses when we enter into an entirely unfamiliar world. For instance, you can actually, go ahead and try to guess the various ingredients when you get to smell and taste any new restaurant’s cuisine.  You can even try a bit of sculpting or ceramic work and notice the touch and the smell of the materials in your hand.

Always believe in yourself

Myths associated with aging can contribute to a failing memory. In fact, many middle-aged and even senior learners don’t perform well in different memory-related tasks after being exposed to negative stereotypes linked to aging and memory. Interestingly, they perform better when the messages are positive.

The fact is many if not most people who believe that they are not actually in control of their memory function are less likely to improve their memory skills at will. They are far more likely to experience a certain level of cognitive decline as well.

In a nutshell, if you really believe that you can actually improve the sharpness of the mind and can also translate that literal belief into practice, you have a much better shot at keeping your mind really sharp.

You should keep learning for as long as possible

A higher level of education is associated with far better mental functionality till well into old age.  This is because many experts believe that advanced education keeps human memory quite strong, courtesy of the fairly simple habit of being active mentally. You should challenge your brain with various types of mental exercise to activate the different processes that could maintain your individual brain cells while simultaneously trying to stimulate communication amongst them as well. Many people these days, have the kinds of jobs that could keep them mentally active, but sometimes that is not enough, and pursuing a good hobby or even learning a fresh new skill can also function in much the same way, too.

You can do something as simple as reading a good book or playing chess and bridge. (both excellent mental exercise in their own right). You should always strive to use areas of your brain that you have never used before, by doing new things all the time.

Learn to economize the use of your brain

The human mind is like all other organs in the sense that it is finite. Maybe you cannot find your car keys because you have the contents of the entire encyclopedia Britannica stored in your mind. This is why, if you do not use your mental energies towards frivolous subjects, then it is quite possible that you will be able to maintain your mental acuity, for a longer period of time

Repeat out loud what you really want to commit to memory

If you want to remember something important that you have just heard, seen read, or for that matter even thought about, repeat it multiple times. Say it out loud or even write it down to help commit it to memory. This way, you will be able to reinforce the memory or the connection associated with it. If you have placed a document in a certain drawer, (for example) repeat the location to yourself out loud.

Repetition is arguably a really potent learning tool especially when it has been properly timed as well. As a matter of fact, it is best not to repeat something like the proverbial parrot in a really short period of time as one is liable to do so, before an exam. ‘Cramming’ can work in the short term, but the odds are that you will forget what you have learned once you leave the examination hall. However, pacing the important stuff can help a long way in ensuring that one never forgets it.

This is a highly creative way to remember different lists. Mnemonic devices can easily take the form of various acronyms such as RICE, which may be used to remember critically important first aid advice for injuries to the limbs. Here the acronym stands for ‘Rest, Ice, Compression, and Elevation. Or any such device of a similar nature.

Having a positive mental attitude can help you focus on the good things in life. In the light of the above discussion, we can clearly see that the brain is not ‘helpless.’ Make sure exercise is an important part of your lifestyle. Studies reveal that regular physical exercise can improve brain function. Make sure you add cardio or strength training to your fitness routine.

We can use the ideas mentioned here to ensure that our minds remain strong and sharp, well into our old age.

Photo by meo from Pexels 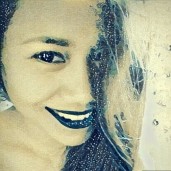 Judy Robinson is a passionate health and lifestyle blogger. She loves to write on healthy lifestyle, fitness 101 and DIY related topics. Currently, she is associated with Sophie and Trey and Hour Glass Express. Follow @judyrobinson for more updates.

Do You Feel Loved or Unloved?

Family Health: Here are the Foods You Should Consider

Hair, Health and Happiness: Using Your Scalp to Track Wellbeing