Kenny, a nine-year-old boy, is no longer attending his neighborhood school.  His mother, Sheila, has decided to pull him out because he is getting stomachaches, is afraid of leaving her, and is anxious about meeting new friends.  Sheila has hired a home-bound tutor to teach Kenny during the last few months of school.  Kenny feels more comfortable being in the safety of his home environment.  Doing his work is not a problem.

Kenny is terrified.  Like many other children, he clings to the comfort of his mother.  She wonders what’s wrong and contacts me for help.  She has a litany of concerns about her anxiety-riddled son.  According to mom, Kenny follows her around the house, displaying the kind of separation anxiety that creates disruptive, dependent relationships between parents and their children.

She relays her son’s fears and appears to be mystified as to why they exist.  Kenny is afraid of school, his father, other children, clowns and other figurines, “scary things” under his bed, and fears of being kidnapped.  Kenny’s mother believes her son is very disturbed, and I must find a remedy to fix him.  She sought me because I specialize in working with children who have anxiety disorders.

I set up a preliminary meeting with both parents to explore their son’s issues.  Not unexpected, the mother showed for the appointment without the father’s presence.  Dad had been out of town on business for several weeks.  According to the mother, Kenny’s dad is totally disconnected from his son.

Sheila proceeds to lay out the bad news.  Her son is entrapped with neurotic idiosyncratic behaviors that make him recoil from everyone but his mom.  According to Sheila, Kenny perseverates about his physical symptoms, insists that people are trying to break in the house, and fails to reach out to potential friends.  She is eager to get the first meeting started.  I ask her several personal and family-related questions which appear to make her uneasy:

Sheila’s responses to the aforementioned questions were revealing.  A narrative of marital conflict, unmet personal needs, attachment anxiety, and over protectiveness were openly disclosed and explored.  The mantra, “never accomplish for a child what he can do for himself.” was not a principle in Sheila’s parenting toolbox.  Kenny’s mother was needy, uninformed, lacking insight and proper parenting boundary-setting skills.  She had no norms for what was acceptable or appropriate behavior for children.

The following week, Sheila brought Kenny to see me.  Often, I can make behavioral observations before a patient actually enters my office.  I introduced myself to Kenny, and then his mother interrupted our conversation by telling me that her son had pleaded with her before the session to not leave him alone.  I acted somewhat indifferent to the mother’s concern and asked Kenny to wait patiently in the lobby while Sheila and I talked in my office.  According to Sheila, we had already made a major breakthrough – the fact that Kenny was sitting in the lobby by himself without her supervision.  I told Sheila that we would talk has long as possible, leaving Kenny alone.  This intervention was facilitated to help Kenny self-nurture.  Sheila remained puzzled that Kenny never sought us out.  Halfway through the session, I brought Kenny into my office.  Kenny sought to manipulate me into getting his mother to stay with us, but I quickly dismissed her to the lobby.

Kenny appeared to show no discomfort in being without his mother.  In fact, when I asked him to rate his anxiety level at that time, he showed minimal restlessness.  I started our conversation by talking about his mother’s admission that Kenny slept with her at night.  Apparently, this pattern started in response to a husband who spent weeks doing business away from home.  Sheila seemed to have no insight as to how such behavior was sabotaging her child’s well-being.

I told Kenny that he needed to sleep in his own bed.  He was certainly old enough to self-soothe and establish his own sleeping environment away from his mother.  Kenny seemed relieved to experience the freedom of sleeping in his own room.  Sheila was allowed in his room to say goodnight, and then he was free to watch television or play movies until he fell asleep.  Kenny and I explored the plan with mother, and then I met with Sheila to discuss her feelings of loss about no longer getting her needs met by having Kenny or her daughter with her during sleep time.

The following week, I once again met with Sheila and Kenny.  As he did the week before, Kenny waited patiently as I first met with his mother.  Sheila was still amazed that Kenny was waiting without us.  Kenny had slept the entire week in his own bed and appeared to be enjoying the freedom.  I asked him about getting together with his friends.  Kenny said that he was eager to meet a special friend, but his mother had not encouraged it.  Although his friend lived close by, Kenny was not playing with him.

I met with Kenny and Sheila to discuss “play-date.” issues.  According to Sheila, she always facilitated play-dates for her children. Sheila had not gotten around to talking with the mother of Kenny’s best friend.  I asked Sheila if the kids ever contacted their friends without relying on her to orchestrate the activity.  Sheila indicated that neither of the children had ever been encouraged to use the telephone to communicate with friends and set up child play activity.  Neither of the children had ever used the telephone without assistance.

I asked Sheila how often she spent with social time away from Kenny.  She had never established social activity away from Kenny for fear that it would upset him.  The only exception was when she would reluctantly leave him with her husband.

Kenny described his father as a parent who was emotionally unavailable.  When he was home, Kenny described his father as distant.  He felt hurt that his father ignored him and experienced fear, anger, and mistrust towards his dad.  When Kenny’s dad tried to parent him, his father was passive about creating an involved, proactive role in supporting and nurturing his son.  Kenny’s father was unable to play a part in getting his son to use his bedroom at night.  When his father tried to set up father/son activities, Dad would abort the plan if Kenny showed any resistance.  On one occasion, the father had two tickets to a baseball game and was planning on taking Kenny.  Kenny showed some apprehension about going, being afraid of leaving his mother behind.  After some fussing on Kenny’s part, both parents abruptly shut down the evening’s event.

Sheila described her husband as socially anxious and detached.  Bob rarely talked to his kids or showed interest and involvement and their affairs.  Kenny’s sister complained that her father would drive her to school without uttering a word during the entire trip.

During the few sessions that I saw Kenny, our conversations were revealing, representing a metaphor for what was happening within the family system.  I learned that the father was emotionally unavailable and the mother was vicariously living through her son.  At the age of nine years old, Kenny had become the emotionally connected male figure to his mother.  Sheila acknowledged that Kenny helped meet her needs for soothing and comfort.

I felt that I might be able to break the emotionally self-defeating pattern between mother and son if I had had the opportunity to work with the father on family relationship issues.  With that in mind, Sheila finally consented to take a brief trip, leaving her children under the father’s supervision.  We had a weekly appointment set up for Kenny, and this time his father was to bring him for counseling.  I looked at the session as an opportunity to meet the father, and get his perspective on Kenny’s issues, his relationship with Sheila, and his observations about what I perceived as a conflicted family system.

There were missing pieces to the puzzle regarding the purposes of Kenny’s separation anxiety.  After visiting with the father, I hoped to be able to establish the truth about what was happening to a troubled nine-year-old child.  Unfortunately, at the last minute, Bob canceled the appointment without any desire to reschedule.  He communicated through my secretary on the day of the appointment, refusing to use my voicemail system or leaving a return phone number.  I made an attempt with a follow-up call, but never heard from either of the parents again.

The parental issues surrounding a case like Kenny’s are all too common.  Parents claim that they want help, but are unwilling to pay the price to reconfigure their family system.  Parents fail to view a child’s problems in the larger context of the family unit.  It is easier that way.  Children such as Kenny become the “identified patient,” a family member who is to be repaired, without touching the broader, more significant family problems.  Generally, in such cases, the pathology is not within the patient, it’s within the parents.

Many parents, who brought their children to me for help, insisted that I was missing the seriousness of their child’s disorder.  They wanted psychological testing, medication and intense therapy to eradicate their child’s anxiousness, sadness and despair.  Rarely did they look within to find the roots of relationship damage.  I became the villainous therapist, as they embarked on a continuing quest to find the right clinician who will agree with them.

Kenny was a nice boy.  He was a scared little kid who did nothing to create his conflict.  He will feel trapped as long as his parents continue to ignore the responsibilities to foster Kenny’s emotional growth.  It’s never the scared little kids fault; it’s the parents who make them that way.

This story has been altered to protect the identity of patients and confidentiality.

Photo by Annie Spratt on Unsplash 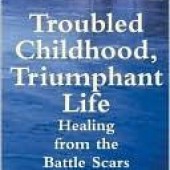 How Your Mental Health Impacts Your Physical Health