Real Men Reach Out for Help When the Road Gets Rough

“Real men reach out for help when the road gets rough, it’s not just a woman thing,” I say this to every man battling depression. Living in a culture which always stopped me from expressing my mental condition, as it was seen as a sign of weakness, only aggravated the stigma surrounding my depressive episodes.

Today, the words of the awe-inspiring Massachusettian writer Lori Deschene have become the motto of my life – “Pain is not a sign of weakness, but bearing it alone is a choice to grow weak.” I urge each one of you to spread the word about reaching out for help, especially when you need it the most when you are fighting a raging battle within. Let the change begin from your homes because you need to break the generational tough-guy stereotypes entrenched in the minds of our near and dear ones. I’m sure many of you have close friends and family members who don’t give the same amount of importance to depression as they would give in the case of other physical health problems. Though the negative nature of mental health conditions may make depression seem hideous, depriving it of the crucial attention which it deserves would only worsen the condition. There is always a way to break free from your agonies.

Five years ago I broke free from my agonies when I embarked my journey of self-discovery. I realized the hard way that I don’t need to handle the pain on my own. I learned the importance of reaching out for help. Trust me, sharing your weakest moments with trustworthy people has a therapeutic effect on you. Life becomes a lot bearable. As a successful businessman from Boston, life was bliss till the day my wife of eight years and I parted ways, ending our unhappy marriage. I thought divorce would solve life’s problems, but it actually began to take a heavy toll on my life. It was hard to erase old memories of the past because I had never imagined my story would end in such an unexpected way. Moreover, each new day made the feelings of betrayal, loss, irritation, and confusion increasingly painful. I had never imagined I would see such a day where dealing with uncertainty would become impossible, and the only question haunting my mind would be, “What next?”

Struggling with a broken heart and overwhelming feelings of rejection, loneliness and boredom panic, I could sense depression beginning to creep in. The cozy, once livable apartment seemed unwelcoming. Every day I used to wallow in constant dreariness as I couldn’t accept the fact that I wasted eight precious years for a woman who would walk away for someone else. It was a matter of time that depression became my identity. Soon, I took to drinking to escape from reality. I must admit booze made me feel light-headed and numbed the pain around me. But each glass left me craving for more, pushing me toward addiction, exacerbating my existing agonies and triggering strong suicidal urges. Finally, after being consumed by despair, I had reached a stage in life when the guttural swellings in the throat refused to subside, and I knew, I had to fight back or else I wouldn’t make it to see another day. So I cast aside all apprehensions about how others would perceive me or react to my behavior and picked the phone to call an old friend. I knew it was “now or never.” I made up my mind to rise, dust off, bleed my wounds away and make a roaring comeback.

My good old childhood friend from Pittsfield, Tracy (name changed) was the one who reassured me that it was okay for men to be vulnerable and show their feelings, after all, we all are human beings. She said most people end up ending their lives, attempting to end their pain on their own. She was the one who lent a patient ear to understand all that I had been through. Without her, I wouldn’t have made it to a professional counseling center. No wonder, reaching out to her, pouring my heart out to her, saved my life.

At the center, the doctor recommended talk therapy to treat my depression, though the last thing I wanted to talk about was my past. But over the span of the treatment, talking to my therapist helped him scrutinize my thoughts, lifestyle issues, and behavioral problems and develop effective coping strategies to help me regain control of my life. While, I’m sure many of you guys might be wondering about confidentiality issues before opening up with a stranger, be assured that professional therapists have strict rules about maintaining your personal information private. Talk therapy is entirely different from day-to-day conversation.

I believe, just as people don’t think twice to visit their doctor when they are suffering from physical pain, similarly they need to reach out in case of any painful mental health condition. During times of crisis, you cannot care for yourself, you need someone to care for you. There is nothing to feel ashamed about asking for help. Talk about your problems with someone you trust. It could be your spouse, sibling, parent, or even a trustworthy friend or colleague. Depression is such a ruthless health condition, manifesting in the form of mental retribution. Being as insidious as cancer, neglecting your problem can only result in self-erosion. Remember, accepting yourself for who you are doesn’t make you less of a man. Just because you are a man battling depression, you are not supposed to deal with it alone. The sooner you embrace yourself, and decide to seek help, the sooner you can take the first step on the path to recovery.

Why men hesitate to reach out for help to combat depression?

According to the National Alliance on Mental Illness (NAMI), “Men account for 3.5 times the number of suicides as women. And depression is one of the leading causes of suicide”. Men have to fight not only depression but also the stigma attached to it. Besides, the ever-present fear of being perceived as weak or unmanly further stops them from seeking help. Some of the many misconceptions which prevent men from reaching out for help are: 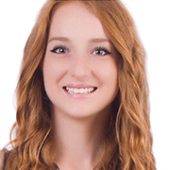 I am Christina - a mental health blogger. Through my writings, I am on a mission to fight the mental health stigma and create awareness about this lightly taken subject. Hope to see you joining my brigade!

Various Stages of Depression and When You Should Seek Help