One Year Later: The Struggle to Recover

As a sufferer of Post-Traumatic Stress Disorder, I know a little about trauma. I also know a little about the struggle to recover. One year ago today, events of untold horror occurred in New York City, Washington DC, and Shanksville, Pennsylvania. Since the moment the first plane struck the World Trade Center, we as a nation have been in that struggle.

I would like nothing more to say that we will all be able to move on with our lives as they were. I would like to say that, but I can’t. Many of us will need help to continue the struggle. Any pain needs time to heal, and a pain as great as has affected our nation will require a lot. With PTSD, those wounds are felt deeper, and it may take longer for those suffering to heal.

What Are The Consequences?

When the victims of the attacks are added up, the number stated is 2,996 including the 19 men who perpetrated this horrible event. But we need to remember that not all of the victims are dead. I would like to see the nation recognize that any child who had a nightmare as a result of the attacks is a victim. Any man or woman who panicked on hearing there were planes hijacked, knowing their loved ones were flying. Any man, woman, or child of Arab descent that received stares of mistrust. Anyone affected by new safety procedures or restrictions made necessary by the attacks.

As for real numbers, It has been estimated that after the attacks, more than 10% of people in New York City were suffering from Clinical Depression. The rate of Post Traumatic Stress Disorder was estimated at 7.5% (I should note that I find both estimates to be very low). One year later, many New Yorkers are still struggling with psychological problems as a result.

What Can We Do?

I wish I could give you a simple answer to this question, but such a thing does not exist. We can remember those lost, we can continue with our lives, we can talk to someone when we need comfort. Each of us has our own needs in these times, and it is my hope that those needs are all met.

What we shouldn’t do is continue to live in fear.

Easier said than done. Those who were in the towers, lost loved ones, or witnessed the attacks directly carry highest risk of both Depression and PTSD; but even those who watched the coverage on TV or heard the news on the radio can carry psychological scars. Tragedy on this scale has repercussions that cannot be counted.

If you have felt “down” for an extended period of time, or if you find yourself unable to sleep or sleeping more than you should, then find someone to help. If you know someone else who is having trouble, ask them to find help.

Psychotherapy can be a wonderful tool in healing from this gaping wound in America’s side, but for it to be effective, each person who needs help should be given access to it. If you are a Mental Health Professional, contact an organization and see what you can do to help others.

America is stronger than a flag, or a government; she is as strong as her people. 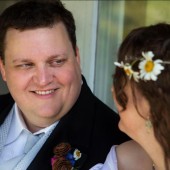 The A-C-T Formula for Change: Acknowledge, Choose and Track