Depression can tackle us in different forms and it can be odd to think that when feeling it, exercise is the activity you do to overcome it. In a deep state of depression, the last thing you’d want to be doing is getting up and trying to partake in some kind of physical activity. There are many reasons to suggest why that’s the case though and some argue that once you get started you’ll soon realise the difference that it makes. In general, exercise can improve a number of health problems both physically and mentally but whether it specifically benefits overcoming depression and anxiety is still in question as there are still myths that could suggest otherwise.

Notion That Exercise Can Be Done By Everyone

Although it’s common knowledge that exercise, in general, has various health benefits and can be beneficial for overcoming moderate depression and anxiety, there are symptoms of depression that can make the idea of doing physical activity extremely difficult. If someone is in a deep depression they can struggle to get out of bed and perform everyday activities like getting dressed and showering. If so, it’s possible that an individual is going through ‘psychomotor retardation’ which makes physical movements appear slow and their thoughts become laggy. An individual can even appear to speak slower too. There many people out there who love to promote exercise wherever possible but to suggest that everyone is possible of doing it isn’t necessarily true, especially when they’re in a state of psychomotor retardation. Some people can be physically unable to do regular exercise also.

Although exercise can promote better wellbeing it wouldn’t be the main reason for you going back to how you were. Depression can linger for a continuous period and to be able to control it isn’t as simple as turning off a switch. If you were to relapse there will be several causes for why you have done. So, suggesting that exercise definitely benefits the state of your mind, we can’t be too sure of as relapsing can happen at any moment or some kind of experience can help to trigger that state of mind again.

There Will Be No Need For Medication

Exercise should just be seen as one aspect of treating mental health conditions as some conditions can be long-term and require several techniques before overcoming it. Of course, for some people, resorting to exercise can treat them fairly quickly and that would be fantastic news, but it doesn’t work for everybody. As well as exercise some people still need more traditional methods like therapy sessions or having health supplements as a priority in helping overcome their long-term depression. Examples of this can be bipolar and personality disorders where the treatment would require extra care.

As mentioned previously, it can be beneficial depending on the type of person and also the condition they have. It can help for some but not for others. For example, some people who are treated for bipolar can on occasions over exercise if they develop hypomania. This is feeling a form of hyper when there’s a sense of elation from continuous exercising caused from fast-paced music whilst you’re training. This can occur especially when running is undertaken and you find you’re overworking yourself which isn’t a good thing considering it can make an individual prone to injury.

In other cases, there’s also the process of counting when you’re training. This can refer to counting reps, lengths or laps which can contribute to traits that become obsessive. Another health risk is that over-exercising can also lead to several eating disorders such as orthorexia, anorexia and binge eating which can lead to an even deeper state of depression.

Exercise can be helpful, and no one is denying that. What the most important point to take from it is whether exercise is the right method for you and whether it works to overcome mental distress. If you find that it’s not working for you, don’t feel the need to force yourself and feel guilty about it. There is plenty of help available that provide alternative methods than just exercising. You just need to find the method that works for you.

Photo by Yomex Owo on Unsplash 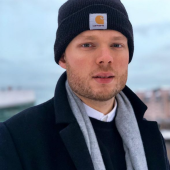 Jamie Costello is currently a Sports and Nutrition student based in Manchester, but is originally from Bristol. He enjoys writing about several topics within the health and nutrition sector and looks to writing as a way of sharing his knowledge and building recognition. When he’s not writing or studying, he enjoys participating in several sports and watching TV shows.

How to Practice Mindfulness in Daily Life

Helping Your Teen To Overcome Depression

Undoing Depression: When Parents Are Depressed