Misophonia, Or Hatred of Sound

Misophonia, Or Hatred of Sound

Whenever I hear whistling, my first reaction is not how wonderful the sound is. Nor is my reaction mild annoyance. In-fact, if a person were to whistle in-front of me right now – I would probably cry. My palms would sweat. My heart would beat harder. My brain would become fuzzy. If the sound continued, I would go past panic and I would have to decide whether to flee or to ask the person to stop. For hours, I would think about that whistling. My fight/flight/freeze would be engaged, and if I were to stay within the quarters of the ‘trigger’ for too long, I would end up with a migraine. Every time. I never get used to whistling. I dread going back to places where I know people whistle.

Misophonia sufferers do not habituate to sounds. If you were locked in a room with a leaky faucet, you might eventually stop recognizing the sound. If you had Misophonia, your nervous system would be aroused, and you would be unable to stop hearing it. This isn’t cognitive. Misophonia exists in the physical aspect of the brain. Some doctors, after misdiagnosing Misophonia as a cognitive disorder, have tried treatments such as CBT. Unfortunately, this can make the disorder worse.

How can I get a Misophonia Diagnosis?

There is currently no diagnostic criteria for Misophonia, but sufferers can still have this conversation with their doctors. If you believe you have Misophonia, it’s important to let your doctor know about the condition, and if they haven’t heard of Misophonia you can use this resource (guide for doctors) to help them understand. Just download and print the document. For more information on Misophonia diagnosis, you can read this article.

Misophonia sufferers, when faced with triggers, often look agitated, angry, or annoyed. Under the surface, the emotions – and the non-emotional fight/flight response – are quite mixed. Sufferers may feel hopeless, upset, angry, agitated, or will simply feel an overwhelming urge to flee. Depending on the person, triggers can cause migraines, dizziness or nausea (more research is required to determine these links), and some might feel better upon leaving the room, while others can take days to recover.

As a Misophonia sufferer, my life has become challenging. This disorder makes any other mental or physical health conditions harder to live with. For example, before I had Misophonia, I had anxiety and depression. All of these disorders play off one another and are triggered by events in one. If I am triggered by sounds for an extended period, I will feel hopeless, and live in a constant state of fight/flight. Because of this, we are likely to get sick more often. While an aversion to sounds (and sights) are the most commonly cited symptoms, they really only touch on the surface. For Misophonia sufferers, many “normal situations” present a challenge.

What can you do if you believe a loved one has Misophonia?

First and foremost – it’s important to believe and support your loved one. Sometimes we can be triggered more by people we love most, so we might be a little moody when triggers happen. It’s important that you know that it is not you making them angry, but the sound. Unfortunately, we’re not going to get used to the sound, so some compromise might be necessary. It’s important to accept that movie theatres, restaurants, concerts, and other common social gatherings might not be possible for some Misophonia sufferers. While you can encourage your loved one to seek counselling, there might not be a lot that counsellors can do. Acceptance is a huge part of Misophonia – and of course – being proactive and supporting research initiatives!

What is the treatment for Misophonia?

There is no treatment for misophonia. If an individual or doctor tries to sell you treatment, you should question their motivations. There is no scientific basis for a cure. While the IMRN is working on research that could lead to a cure, but in the meantime, there is none. Misophonia sufferers should be wary of persons trying to take advantage of them.

I’m not impressed by the press.

A lot of press coverage of Misophonia has been nominal at best. Often articles are lowered to the least standard possible, and the links inside are not based on accurate views and science. This is a large issue and one that will take time to fix. While the press is an important way to garner awareness, it can be counterproductive when we’re shown as angry, abusive, or simply ridiculous. I try my best to advocate for a proactive press that helps further public awareness without sacrificing the dignity of sufferers – or spreading false information.

What’s going on with Misophonia research?

What’s exciting is that Misophonia research is happening. In fact, the IMRN (International Misophonia Research Network) has been actively been promoting research and recently put out a literature review which spearheads the agenda for Misophonia research. On top of that, two studies are underway, one to determine why particular sounds cause a misophonic response and another study to determine potential treatment. Unfortunately, research is not backed by the NIH or other bodies, so it’s very important that we’re vigilant whilst getting this news out there! You can learn more about studies here.

Photo from lzf on Shutterstock 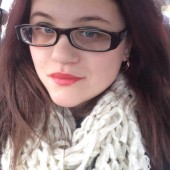 Shaylynn Hayes is a writer, graphic/webdesigner, and student in Political Science. Alongside Dr. Jennifer Brout, Shaylynn runs the News site Misophonia International. The site focuses on Research, Coping, and Awareness for the disorder. Shaylynn has also been actively involved in the web management and development of Dr. Brout’s research page, Misophonia-Research.com. What used to be a life-ruining disorder has become an interesting and defining adventure that has proven that the things that are “ruining our life” may very well be creating a new, interesting life in the place of the old.

5 Essential Oils to Boost Your Energy in the Morning

The Importance of Integrated Treatment for Co-Occurring Disorders

What is a Zen Den, and Why do You Need One?

How Nurses Impact the Mental and Physical Well-being of Patients