Major Causes Of Dementia And What Neurologists Are Doing About It

As we age, we encounter different types of health-related issues. Deteoriating agility, reduced limb function and fatigue are some of the problems related to aging. However, there are many older adults in the world who develop various chronic diseases such as dementia and Alzheimer’s. Currently, 5.4 million Americans are affected by these mental ailments.

Diseases related to memory loss are often associated with getting older. Dementia, a memory loss disease, can reduce the mind’s ability to practice life’s daily routine as it affects cognition and various thinking skills. This disease slowly and gradually affects a person’s ability to recognize things including events, people, sights, and sounds. People with dementia also have trouble associating objects with meaning.

Dementia is caused by damage to brain cells. This damage hampers the ability of brain cells to communicate with each other. When brain cells don’t communicate normally, cognition, behavior, and feelings get affected.

The brain has many regions; each distinct region is responsible for different functions, for example, memory, judgment, and movement. When cells of any particular region are damaged, that region cannot carry out its functions normally.

Dementia is not caused by any single element, in fact, the disease has many types, and can occur due to many reasons. Fortunately, some types of dementia can be reversed with treatment, but most cannot. Irreversible types of dementia include:

Unfortunately, there are no medications that can completely cure dementia. However, there are few medicines available in the market through which you can control, manage, and delay the effects of dementia.

Medicines that are prescribed for this disease help with symptoms that affect thinking and memory. Also, these medicines may work only for a very short time, usually about 6 to 12 months. There are also online screening tools such as BrainTest, SAGE, and The Memory Survey, which can help in discovering whether you are at risk for dementia or other brain disorders. These tests are used as a preemptive measure against dementia and the results must be assessed by a neurologist to figure out the depth of the disease.

The role of neurologists

Neurologists study how the brain and the nervous system function and interact with each other. Many neurologists focus on various neurological disorders, such as Alzheimer’s, dementia, epilepsy, and chronic pain.

The role of neurologists is of great importance because they are responsible for developing various diagnostic tools, treatments, therapies, and cures for chronic diseases of the brain. A neurological exam may be essential to detect the conditions that might be affecting your loved one.

One simple diagnostic test is not enough to identify dementia or other chronic brain illnesses. Doctors must gather a detailed history of the patient and complete several different medical tests, such as blood tests, CAT scans, MRIs, EEGs and more.

Typically, a neurologist performs several kinds of evaluations. The evaluations that he relies on for diagnoses include:

The neurologist will assess the medical history and any medications the patient has been taking. He must inquire about physical and mental symptoms and whether there has been any treatment. The neurologist may also request medical records from the patient’s primary care physician.

This exam tests muscle tone and strength. The neurologist examines various muscles and asks for certain actions such as raising the arms with the palms facing up. The doctors may also perform resistance tests, asking the patient to push or pull.

Recently, a drug called aducanumab has been discovered. It is currently hailed as the best news in dementia research. Scientists were amazed to find that patients treated with the highest dose of the drug, experienced an almost complete wash out of the amyloid plaques that prevent brain cells from communicating, leading to irreversible memory loss and cognitive decline. This breakthrough is said to be a potential game changer for people with dementia and Alzheimer’s.

Other medicines that can help control to manage and delay the effects of dementia are as follows:

Memantine, to some extent, delays the deterioration of mental abilities. Other abilities important to daily life, may also last longer. It is generally well-tolerated with side effects like nausea, loss of appetite, vomiting, joint pain, swelling in hands or feet etc.

This drug is used to treat dementia symptoms in early to moderate stages. Cholinesterase inhibitors are given to treat symptoms related to language, thinking, memory and other cognitive processes. This drug delays worsening of symptoms for at least 6 to 12 months. It is generally well tolerated with side effects like nausea, loss of appetite, vomiting.

Anti-anxiety medications are also given to patients with dementia to help treat restlessness and agitation. At times, the doctors also prescribe antidepressants to eradicate symptoms of depression.

Just like other medicines, this drug also can’t completely cure dementia but can slow down the advancement of symptoms. Donepezil should not be taken by patients with previous liver or heart conditions such as irregular heartbeat or high blood pressure. Otherwise, this medicine is generally well-tolerated with side effects such as headaches, diarrhea, loss of appetite and abdominal discomfort.

Dementia is not just a life changing experience for a person who is diagnosed with the disease, loved ones close to the patient also experience many great changes in their lives. Dementia is a challenging medical condition to live with. However, with the right medications and support, the process can become much easier.

In order to prevent dementia from taking root in the first place, it would be wise to ensure that you are challenging yourself mentally and taking good care of your body by exercising and eating healthy.

Another easy way to improve brain function and cognitive skills is to keep yourself active and occupied. The more you engage yourself in productive activities and brain games, the longer you will enjoy brain fitness. 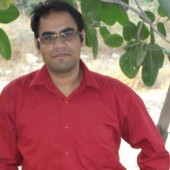 Kamil Riaz is a Writer and Digital Marketer. He has completed his Masters in Administrative Science from the University of Karachi. As a writer, he wrote numerous articles on management, technology, and health. Currently, he is working with the Brain Test team. You can find him on LinkedIn & Twitter

How to Approach Mental Health in Children?

Spending Time in Your Garden Can Boost Your Mental Health