How to Deal with Criticism Positively

How to Deal with Criticism Positively

It seems that wherever you turn, you can’t avoid criticism. This can, naturally, be more than a little overwhelming. After all, it can be hard to feel confident in yourself if you are hearing things that hurt your feelings or are negative constantly.

How to Deal with Criticism Positively: While you can’t change the input you are given, you are in complete control of how you think about it and how you react to it.  (Photo by Aziz Acharki on Unsplash)

Distinguish What Type of Criticism You’re Dealing With

When you are learning to deal with criticism, it’s important to be able to distinguish what type of criticism you’re getting. After all, you won’t deal with it all the same way. There are two main types of criticism.

At the word criticism, most people think about criticism that is just there to be negative. This is the sort of criticism you might run into when someone is simply trying to rile you up or hurt your feelings. It’s usually unwarranted and often rude.

One piece of advice that works for both types of criticism is that you shouldn’t take it personally.

If someone is giving you constructive criticism, they often aren’t doing it to hurt your feelings. As we stated previously, they are offering you criticism so that you can move forward and better yourself. Even if the criticism is about something personal – such as a certain way that you act or a trait you possess – you shouldn’t take it as a blow against you or as a sign that the person giving you criticism doesn’t like you, they are simply trying to help you.

Of course, if the person giving you criticism is simply giving you negative, unwarranted criticism, try not to take that personally either. If they aren’t trying to help you or if their criticism can’t be used to help you, there isn’t much of a reason to take it to heart. It might be hard to get into this mindset at first but, over time, you will build up a thicker skin.

One key to handling criticism is to not fly off the handle. When you are confronted with any sort of negative comment about yourself, it’s extremely easy to react in anger. This isn’t always the best way to go about things, though, especially if the criticism in question is meant to be constructive.

The best way to do this is to take a deep breath and hear the person out. Allow them to explain what they mean – this way, you can hear things exactly as they intended and understand their point-of-view.

Don’t Be Afraid to Defend Yourself, Though

While you shouldn’t get defensive immediately, you shouldn’t allow yourself to be pushed around either. If you hear someone out and you realize they aren’t giving you criticism to help you, simply to tear you down, don’t be afraid to tell them to stop or step away from the situation.

This is especially true in situations in which someone gives you unwarranted criticism regularly. After all, if criticism gets to a point when a person is simply telling you what’s wrong with everything you do, they aren’t trying to help. Handling criticism positively doesn’t mean you have to allow people to use and abuse that positive acceptance.

Earlier, we noted that you shouldn’t take criticism as a sign that someone has a problem with you personally. However, if you have a condition such as anxiety, this can be especially difficult. This is because when you have anxiety, criticism can be taken as a sign that some of your closest held fears are right – those around you are constantly judging you and making note of your flaws.

One of the best ways to understand what someone means by their criticism and determining if it’s helpful, though, is to discuss it with them. When you take a singular comment and add anxiety, it’s easy to fill in the blanks with the worst-case scenario. Alternatively, take the time to discuss their opinion with them. This way, you know exactly where they are coming from and what they meant instead of applying their initial words to a nightmare scenario your anxiety came up with.

Use the Criticism You’re Given

Upon being given criticism, the worst thing you can do is to write it off completely. As stated earlier in the article, there are plenty of people who will give you the criticism to help you. As such, you can’t ignore this criticism if you want to handle positively.

The best way to handle criticism positively is to use it. Understand what people are telling and look at your own flaws. With this type of open mindset, you can use the criticism you are given to grow and develop as a person.

Even the most introspective people can’t see themselves as others see them. This is why criticism can be such a helpful thing when it comes from a helpful place. 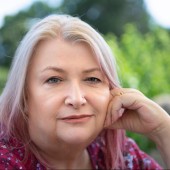 Annabelle Short is a writer for several online publications. She also works with few organizations to provide families with the best resources for raising and educating a special needs child. When not working, she’s spending time with her family or putting pen to paper for her own personal pursuits. Annabelle is a mother and she loves sewing and making crafts with her two children.

Can’t Say No to People?

Your Child’s Mental Health: Building Self Esteem in Children

Sex, Drugs, and Rock and Roll