Are you spiritual or religious?

If you are thinking, “What’s the difference?” then you are like many other people.

There are big differences between the two. It’s important to first distinguish between them in order to understand how religion and mental health affect one another.

Spirituality is very broad and vague.

You feel connected to something greater or bigger than you but you are not defining that as God or Allah or L. Ron Hubbard. There is no definitive description of spirituality because it is more like a life long journey of finding the truth to something, and you are not sure what that something is.

If you are spiritual, you are looking for meaning, finding your place in the world, and looking for experiences that bring you closer to your higher power. The experience is more important than the outcome. Spiritual people are still searching for a truth to existence and are more interested in creating their own divine experiences; yet don’t want any rules to follow or guidelines to help them along their way.

Religion is quite the opposite of spirituality.

Religion is a simple concept. It is a basic set of beliefs that are agreed upon and followed by a group of people.

While the concept is simple, religion has many layers. All of these layers differ from church to church, making the overall meaning of religion very complex.

Religion and mental health is not a new topic. Many organized religions have the same view about mental health. They know it exists, they want you to deal with it, just don’t bring it to church on Sunday. What many churches do instead of talking openly about mental illness is encourage people follow the guidelines offered to them in the religious book devoted to their particular sect.

Back in the day and by that I mean way back, in the 19th century or earlier, religious groups took care of their own mentally ill. If there was a problem medically or mentally, you went to the church for help. Each religion then handled, or healed, this situation in different formats. In more recent times, religion has largely separated from the health and mental health treatment fields. Pastors today will often refer a person to a psychiatric treatment facility versus helping a person who is seeking treatment. This may be because they feel a mental health professional is more competent than they are in dealing with mental illness.

Many religions believe that if you are completely devoted to their guidelines for living, you can be healed without the use of professionals. They believe the Bible or the Qur’an already offers the methods of living free of mental illness. If people were truly following their divine writings, they would not have mental illness.

There have also been many studies proving that people who believe in something greater than themselves, a God, do have better mental health and better mental health coping tools. Patients in a psychiatric facility were studied and the results showed that those with a religious connection of any kind were less likely to attempt suicide.

The evidence is out there showing that being religious can indeed contribute to healing and living a more positive life. Studies have shown that all religions have practices and beliefs that do in fact contribute to positive mental health.

Below is a comparison of three religions that are constantly in the news headlines, whether that is good or bad, for how they contribute to society and to the health of human beings. Since 9/11, Muslims have had the hard task of separating themselves from the radical terrorists the media connected them to for so long. The mainstream media has not done much for Christianity either. They show the radical snake wranglers or the false prophet scammers who claim they can heal with one touch. That is not true Christianity. In fact, Islam and Christianity are quite similar.

The Church of Scientology is constantly being discussed in the media for its beliefs and admitted disgust for the mental health profession. While they differ from other religions, they do still promote good mental health, just through their techniques.

There is a need to distinguish between the three groups.

The people who criticize the Muslim faith of Islam most likely know little about it.

Islam is a religion of peace, not violence. The main difference is that they worship someone different that God. Their beliefs are similar to Christianity in nature due to their focus of living a good life, following positive guidelines, making good choices, and doing good works.

There are six beliefs of Islam: have faith in Allah; Angels exist who obey Allah; The prophet Muhammad was the last prophet; follow the guidance of the book of Qur’an; The belief that there will be a day of resurrection of individuals who will appear before God and be judged for their good deeds; and finally, is the belief in pre-destination and that while a plan for each person has already been developed, free will allows each person to make choices.

Muslims believe that all diseases, including mental health diseases, are trials sent to them by Allah. They also believe these issues can be solved by following the spiritual teachings of the Qur’an which guide them on how to take care of their physical and psychological health.

Muslims use the Qur’an for all types of healing because the cure for ailments was sent down by Allah and formed in the Qur’an so all Muslims would have a specific guide to healing and living.

They are taught to seek treatment for their ailments but it is up to man to research and seek the best cure for them.

There are three avenues of counseling for Muslims in the religion of Islam that are very similar to that of the Western World. Just like Americans seek out pastoral counseling, Muslims seek out their religious leader or Imam. A second avenue is to seek out a healer who can exorcise the illness from the person through certain rituals. A third avenue for Muslims is Sufism, where the Sufi master guides people closer to their Master through daily prayers and teachings.

There is a limited amount of research on the particular mental health issues among Muslims. This could be caused by many factors such as a minimal number of multi-cultural mental health facilities established in the United States. Most facilities are cookie cutter agencies with treatments and treatment plans that are a better fit for the traditional client. A Muslim counselor would be the best person to work on the mental health needs of a Muslim client. However, it is rare to find a Muslim specific counselor. Muslims are also very conscientious about how their behaviors will affect their family members or culture, leading to those who need help may not venture out past their own community.

Christians who have faith tend to have an easier time coping with their mental illness. This has been proven through many research studies. There are even Christians who claim that through prayer only, they were healed. Christians believe God can do anything, including cure the sick, physically or mentally. God heals through prayer that is often called miracles. Praying as a group or congregation can lead to powerful outcomes, as stated in the Bible.

There are Bible verses that speak specifically to mental health issues we face today, especially anxiety and depression. This is why reading the Bible daily is highly suggested among Christian faiths.

Christianity offers people hope. When you have hope, you believe you can overcome anything. This sort of positive outlook does lead to a happier lifestyle.

Christians believe God gives them something to work toward, heaven. Most Christian religions believe you can get to heaven through your belief that Jesus Christ died on the cross for your sins. Like Islam, you will be judged on your good deeds accomplished here on earth.

The United Methodist Church specifically states that this religion created by John Wesley agrees mental health and physical health should be treated by trained professionals, not necessarily the pastor of a church.

Amy Simpson conducted studies and wrote a book about her findings. She found that almost 45 percent of the pastors studied agree they are approached up to five times a year by people who are seeking help with their mental health issues. She also found that Christian churches tend to keep these matters quiet and do not talk openly about mental illness. She also found that only one out of every eight pastors admitted that mental illness is talked about in a healthy and positive way.

Scientology, or better known as Tom Cruise’s religion to many people who really know nothing about it, is in the news a lot. Many times in relation to their beliefs about mental illness. You remember the Tom Cruise tour when he tried to depression shame Brooke Shields when she admitted to taking medication for post-partum depression. Then on the today show he called Matt Lauer “glib” for his lack of knowledge about psychology. People made fun of all of these appearances but if it wasn’t for Tom Cruise, people would know very little about the religion of Scientology.

The Church of Scientology states it is only against the abuse or misuse of psychiatric treatments when it comes to helping the mentally ill. However, they also claim that all traditional psychiatry is abusive. It is safe to say that all highly committed scientologists are against the use of modern day psychiatry and therapeutic techniques.

Scientologists use the writings of L. Ron Hubbard to guide them and cure their physical or mental ailments.

Auditing is one way they treat mental illness. That sounds kind of whacky to all of the other religions. But to scientologists, auditing, or making the person have a clear mind again, is used to help those with mental health disorders. For example, if you have a fear of spiders, you may be audited and asked questions or given statements repeatedly until you no longer have a fear of spiders. This is similar to desensitization among traditional mental health providers.

Another method used for severely mentally ill people is called introspection rundown. People are locked in a room by themselves and not spoken to. They claim this method can cure a person who has had a psychotic break.

While there are many cult-like traits among scientologists, there are some religious aspects as well. They challenge the idea that because you have a mental illness, you automatically need traditional forms of help that include psychiatry and medications. They believe there are other ways, their ways, of treating mental illness.

All of these religions influence people to live healthy lives and exhibit healthy behaviors. They also give guidelines for people to live by and teach people how to garner support from other people who are of like mind. Each religion follows a set of rules written by man as told to him from a higher power. Whether it is the Ten Commandments or Dianetics, they each follow the writings of their leader. It is almost impossible to get a believer from any of these religions to change their mind regarding their beliefs.

It seems these three religions have many things in common including the encouragement to live a healthy life. While they offer them to their members in different formats. What is important to remember is that no matter what your religion, there truly are many mental health solutions for your mental health illnesses. 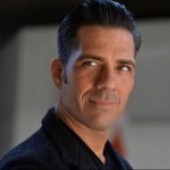 Adam Gerbman is a certified life coach focused on individual and group empowerment. He brings years of experience to Vantage Point Recovery, where he offers mental health treatment programming as Chief Strategy Officer. He enjoys yoga, fitness, and spirituality.

Managing Your Fears With The Help Of God

Too Stuck to Pray