Based on research conducted by Alzheimer’s Disease International, someone develops dementia every three seconds, and the highest number of those who are diagnosed come from developing countries of the world. Although we know by now that a certain level of cognitive decline is a natural process that comes with aging, studies are starting to show a strong correlation between a variety of lifestyle habits and the occurrence of dementia.

Even more importantly, healthy habits such as a good diet and exercise seem to contribute to the prevention of dementia on a multitude of levels, some of which need further research, as we are only beginning to scratch the surface of this intricate connection.

Exercise, in particular, is starting to emerge as a key factor that helps prevent brain degeneration, and it becomes even more helpful when combined with the right, brain-friendly diet and ample sleep.

When most people think of exercise, they focus predominantly on its effects on our skeletal muscle tissue. But the improvement in blood-flow caused by workouts is not restricted to our muscles. On the contrary; our brain benefits greatly from this change, as thanks to regular exercise, your body becomes more efficient at delivering more oxygen to your brain.

Reversely, poor brain oxygenation is already known to increase your risk of developing Alzheimer’s disease. Although there’s so much we have yet to learn about this correlation, studies show that low oxygen levels lead to an increase in the levels of a protein called beta-amyloid, whose buildup indicates dementia. Introducing regular cardiovascular exercise that helps increase your heart rate and thus pump more oxygenated blood into your brain is a simple way to reduce your risk of dementia.

Closely connected to the idea of better blood flow is the way in which exercise enables your brain, as well as your entire body, to make the most of the food you eat. This is where the two habits of a healthy diet and regular physical activity are closely intertwined in an effort to prevent dementia, because proper nutrition is the pillar of health as much as exercise is.

Your blood is responsible not only for delivering oxygen, which is critical for optimal brain function, but also for the metabolism of essential nutrients. For instance, studies have shown that minerals such as magnesium are essential for brain health, but in addition to using magnesium tablets to ensure your daily mineral intake, pairing it up with plenty of exercise will help deliver this mineral to the brain. Since too much or too little of this mineral alone can increase your risk by a third, it pays off to understand your nutritional needs and make adjustments in order to help your brain ward off dementia.

Regular aerobic exercise also has an impact on the hippocampus, the portion of your brain responsible for memory and learning, as well as a slew of other functions. As we age, our entire brain actually has the tendency to shrink in size, naturally reducing its capacity to retain information, thus leading to dementia and lower cognitive abilities. However, physical activities such as walking, jogging, and cycling help your brain produce more of a chemical known as the brain-derived neurotrophic factor, which helps prevent brain degeneration.

Exercise serves as the perfect maintenance scheme for protecting the size and the function of your brain, and especially the hippocampus. That way, you can protect your memory and your learning abilities as you age.

Among a pile of factors that play a role in causing dementia, even stress seems like a culprit that can do quite a bit of damage. An occasional stressful situation cannot be blamed, but chronic exposure to stress, such as unemployment or illness, does pose a certain risk. Even though we can’t completely avoid stressful situations or become entirely resilient to stress, exercise is a known stress-reducing tool that helps us cope with difficult moments in life and come out stronger.

Working out on a regular basis balances your cortisol levels and pumps your body full of happy chemicals such as serotonin, endorphin, and dopamine, which in turn helps reduce the effects of stress, even when you cannot avoid its underlying cause. Regular workouts also help reduce overall inflammation in the body, which means that your immune system will also become stronger, all of which contribute to a healthier, more resilient brain.

Yet another piece of evidence that a little can go a long way when it comes to adding exercise to your weekly routine is this Goethe University Frankfurt study. It showed a clear difference in the brains of people who introduced as little as 90 minutes of weekly exercise compared to those who led a sedentary life. Specifically, as little as an hour and a half of cycling on a stationary bike helped balance their choline levels, a metabolite that is connected to the loss of nerve cells.

High levels of this metabolite are a symptom of dementia, and if only twelve weeks of regular aerobic exercise in such short sessions can make a difference, imagine how significant of a difference a lifetime of regular exercise can do for our brain health.

The final of the three pillars in addition to exercise and diet is your sleep. Even a single sleepless night puts your brain into overdrive when it comes to flushing out toxic waste that is a natural result of sleep deprivation. Once again, that pesky protein beta-amyloid is produced in such high amounts that your brain cannot dispose of it without enough sleep.

Working out on a regular basis helps regulate your sleep cycle and it boosts the quality of your sleep as well. It’s best to time your routine during the day, while you should reserve the evening for activities that help your body unwind and relax, such as yoga.

Considering that these are simple, low-cost (and even free) habits we can introduce into our lives to ensure healthier aging, the question remains why more people aren’t educated enough across the world. Governments and individuals could save literally thousands of dollars on medical care if they would educate people about the best ways to implement these simple habits to grow old as healthy as possible. Since medical treatment in the form of a cure for dementia still doesn’t exist, it’s crucial that we do our best to improve the quality of our lives to minimize the risk of dementia development. 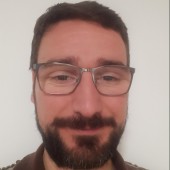 Luke is a fitness and health blogger at Ripped.me and a great fan of the gym and a healthy diet. He follows the trends in fitness, gym and healthy life and loves to share his knowledge through useful and informative articles.