Hormones are the regulatory substances our bodies produce. They act as messengers within our body systems, travelling through the bloodstream to stimulate cells and tissues into action. Thus they regulate our physiology and behaviour – respiration, metabolism, digestion, tissue function, stress, sleep, growth, reproduction, and mood. Different hormones regulate different functions to make the body work as a complete system. What we will be focusing on in this article are the reproductive hormones, also known as gonadal hormones, because of their impact on mental states in both men and women.

Gonadal hormones and the brain

The three gonadal hormones are:

Gonadal hormones impact brain chemistry and circuitry, thus influencing emotions, mood, and behaviour. Men and women produce all three hormones but in different ratios. Because these hormones function differently in certain areas of the body, complementing each other or working as opposites, it’s extremely important that they (along with other hormone groups) are present in just the right ratio. That’s what a healthy hormone balance is.

There are various forms of hormonal imbalance, the most common ones being oestrogen (or estrogen) dominance and low testosterone levels. These imbalances impact the body physically in numerous ways, but their psychological symptoms, as you will find, present various mental disorders and their symptoms.

Changes in hormonal levels dictate the menstrual cycle. This is a broad topic so we won’t get into the details of how the hormone cycle works. It’s enough to say that the cycle has a low-oestrogen (or estrogen) phase, when the majority of women experience emotional and mental burdens as well as physical – the infamous PMS. For some women, the symptoms are much stronger than for others. Some experience serious, crushing depression monthly, which is known as premenstrual dysphoric disorder (PMDD). Women with PMDD have a symptom-free interval between the menses and ovulation stages of their cycle, which suggests that their hormonal fluctuations during the cycle are more intense than for others.

Dopamine and serotonin are the main brain chemicals associated with the development of depression and psychosis, and oestrogen (or estrogen) is directly related to their production. The impact of hormones and hormonal shifts naturally goes further and extends to other stages of women’s lives. Puberty is a time of huge hormonal changes which are reflected in the way teens feel and behave; postnatal depression is a common mental illness which is thought to be triggered by the sudden drop in pregnancy hormones; and during the transition to menopause, which is a process of extreme hormonal changes, women experience perimenopausal depression.

The main issue is that the connection between depression and hormones is not often made by doctors and psychiatrists. Conditions such as perimenopausal depression are often not diagnosed or treated well, pointing women to standard antidepressant therapies, when they would respond better to hormone treatments. Some clinical studies even show that oestrogen (or estrogen) could potentially be used to treat severe mental illnesses such as schizophrenia.

Smoking, polycystic ovaries, and certain types of oral contraceptives all increase the risk of hormonal imbalance. That’s why it’s important to look for the cause before medical treatment. Women experience hormonal fluctuations as a regular part of their cycle and their lifestyle can make a huge difference in maintaining balance during all phases. A balanced, healthy diet and physical exercise are an important part of this. Chronic stress, which is common in this day and age, results in elevated levels of cortisol, the stress hormone, directly throwing the entire system off balance. Treating the underlying cause rather than the symptoms, many people turn to adaptogenic supplements such as KSM-66 ashwagandha to reduce cortisol levels. Adaptogens are natural substances which help our bodies regulate homeostasis and return to their natural balance – especially when dealing with stress.

Unlike women, men don’t experience hormonal fluctuations as part of a monthly cycle, but they are also affected by varying levels of gonadal hormones. An age-related condition called andropause is caused by a significant drop in testosterone levels. Moreover, testosterone is converted into oestradiol (which is the strongest form of oestrogen (or estrogen)), altering normal hormone ratios within the body. The symptoms include those we have previously listed, with a possibility of erectile problems and decreased muscle strength. There is some confusion, however, as to whether these changes are a normal part of aging or the result of a hormonal imbalance. Lifestyle factors affect testosterone levels, so the advice for maintaining hormonal balance as a man is the same as for women – proper diet, exercise, and beating stress is key. In case of extreme symptoms, consultations with an endocrinologist can give valuable insight and be the start of adequate treatment.

Hormonal imbalance shares some psychological symptoms with various mental illnesses, but it is not necessarily always the cause of these symptoms. However, modern psychiatric practice tends to overlook the issue of hormonal imbalance. All too often, the body is completely separated from the mind during diagnosis. Psychiatrist Jory Goodman, who has more than 30 years of clinical experience, writes about his experience with patients wrongly diagnosed with Bipolar Disorder. Many psychiatrists diagnose their patients with little observation and insight, prescribing medication in a very offhand manner. If you experience some of the symptoms mentioned in this article, visit a doctor to run tests on your hormones. It surely doesn’t hurt to try, and it may be a life-altering visit. 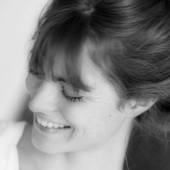 Real Men Reach Out for Help When the Road Gets Rough