Chaga is a mushroom that typically grows on birch trees, which are native to regions in the northern hemisphere. The chaga mushroom doesn’t look anything like the typical mushroom you might see walking in your backyard or on your weekend hike. It looks like a dark clump of burn wood or dirt stuck on the side of a tree. When you cut it open, however, it has bright orange tissue, making it resembles sponge of some kind, rather than a mushroom.

If you were to take a look at the mushroom, chances are you would never guess it would have so many benefits to it when consumed. Few people would even find it visually appetizing at all. However, chaga is an up-and-coming power food, and some would even say that it is a superfood. A growing body of research has focused on the preventative health and healing properties of chaga, which has resulted in a greater demand for the mushroom over the past several years.

This article focuses on how many of the natural properties of chaga help to promote mental health. Mental health includes our emotional, psychological and social well-being. Among many of the contributing factors, two of the factors related to mental health are biological factors and life experiences. In other words, to have mental health, it is important to have physical and biological health, and to avoid or prevent a cause for trauma – like a severe illness, stress or chronic poor self-image.

The carbohydrates that are specific to chaga mushrooms have blood-cholesterol lowering effects. In a laboratory study, the polysaccharides (sugar) in chaga mushrooms lowered LDL (“bad” cholesterol) due to its antioxidant properties.

High blood pressure contributes to a range of maladies, including heart attack, and stroke. High blood pressure damages the arteries in the body, and it can clog them, or cause them to burst. Either of these events reduces blood and oxygen flow to the brain, causing a stroke.

The chaga mushroom is among a group of plant species known as adaptogens. According to researchers Mihaela and Gabriel Corneaunu of the Journal Clarivate Analytics, adaptogens “The adaptogens are the most beneficial nutrients of vegetal origin, represented only by a few very rare species. They help the organism to reach optimal mental and physical performances”. They regulate metabolism to help the body adapt to the environment and avoid any potential damage the environment may cause.

They have a normalizing effect on the body, and act to help improve resistance to stress of all kind – physical and mental; they also make stress response less damaging to the body.

The adaptogenic properties of chaga mushroom also make it so that the body improves physical endurance. Your body can adapt to greater energy needs, an increase in body temperature, and reduce muscle fatigue.

When your immune system attacks tissue or some other component in the body, a component called cytokine, among others, is released and inflammation occurs. Sometimes, your immune system will attack healthy tissue, and over time this can cause a range of illnesses from arthritis to the flu to diabetes.  Research shows that when some chaga compounds are introduced into the body, fewer cytokines are produced, thus reducing inflammation.

What better way to promote overall health than to have a balanced nutrition? Chaga mushrooms are very nutrient dense, packing a punch in one serving. The nutrients that chaga mushrooms provide include many that are key to healthy brain function and mood:

According to a 2007 review published in the Psychological Bulletin, nutrient deficiency can cause an impact on gene expression thus altering mood and mental clarity. Introducing nutrient-dense foods, like chaga into your diet can help to promote an overall healthy mental function.

As a plus, the phytochemicals and nutrients found in chaga are related to a reduced chance of cancer and of an important aid in cancer treatment by slowing tumor growth.

What is the Best Way to Consume Chaga?

The most common way to consume chaga is through making a brewed tea.  According to experts, it’s important to brew the tea for at least one hour for the chitin, an indigestible carbohydrate, to be broken down so your body can fully take advantage of beneficial components. Afterwards, you can take out the mushrooms, and reuse them until it no longer leaves the water a dark-brown color.

A lack of mental health can be caused by many things. In some cases, trauma from illness, chronic low self-esteem, or biological imbalances can be the culprit. Chaga mushrooms provide a range of components, nutritional and phytochemical, that can act directly on the brain to support health, help to prevent illnesses, and aid in the treatment of diagnosed illnesses and conditions. 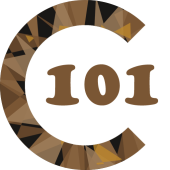 Rick is a true chaga enthusiast. He believes that it is important to be on par with nature to remain mentally healthy and balanced. For that, he has found a clever way to connect his job - blogging, with being out in nature. He traverses new and old hiking trails, picks chaga, makes various things out of them, and writes about it in his blog Chaga101.

5 Easy Ways to Use Essential Oils at Bedtime

Magnesium and ADHD, Have They Found The Answer?