Helping Someone Who Has Been Sexually Abused

How Do You Start Helping Someone Who Has Been Sexually Abused?

When someone is sexually abused, the world can become a bleak place. It can be hard not to feel ashamed, alone and lost because of the stigmas and pressures that come with being abused, which means that victims that speak out about their abuse are showing a great deal of strength when they tell others about their circumstances.

If you’re someone who is in that position – someone has told you about their sexual abuse – it’s important to react in a way that helps and supports them. You are in a tricky position if you don’t know the right words to say, but remember to always approach the situation with compassion and understanding.

First, determine the status of the abuse.

When someone tells you about their sexual abuse, determine if they are sharing a past aspect of their life with you, or if they are confiding in you about a currently ongoing scenario.

If they are speaking about a past issue, it’s also important to understand whether it’s something they have told others about, or if they are telling you so they can get advice on potentially pressing charges. It’s important not to pry and make the victim uncomfortable, but ask what they want of you – would they like your support in general or do they want advice on action to take?

If the person is confiding in you about an ongoing situation, it’s vital to make it clear that their next course of action should be contacting the police or another official who can help them through the situation both legally and therapeutically. You should still support them, of course, and it’s also imperative you not put too much pressure on them to come forward. However, try to talk to them about potentially going to the authorities and offer advice for how to remove themselves from the situation.

Helping Someone Who Has Been Sexually Abused: Remaining supportive of the person is the most important thing, but remember that your support can only go so far. At some point, they will need to speak with a Mental Health Professional, and they should speak with the authorities if the abuse is recent or ongoing.

Here are some simple lists of things to say, things not to say and why.

All of these statements are very supportive and positive. They aren’t blaming, they aren’t traumatizing and give a more positive vibe to a very negative situation.

These statements are all very blaming. They put undue blame on a victim who did nothing wrong. It’s important that if these are your first impulse thoughts when told about sexual assault that you educate yourself on sexual abuse and how victims are made to believe their assault or abuse was something they did to themselves – which is in fact very wrong and damaging.

In general, don’t cast doubt on the situation. Even in a situation where you have misgivings, keep them to yourself. Remember that it’s always important to give even alleged victims support during their time of need.

Remember: it’s important not to pressure victims. Sexual abuse victims are in a very vulnerable place, and putting too much pressure on them to report their abuse or seek help can scare them and make them feel unsafe in confiding in you. Suggest these methods, but don’t force an abuse victim into anything they don’t want to do. 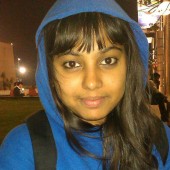