Do my eyes deceive me? No, it’s you. You’re still here and on the road to becoming one of the legendary “Good White People” that people of color hear about ad but rarely happen upon. Even after two previous pieces, you are still committed to this journey. I’m about to clutch my pearls. I don’t even own pearls but I’m going to buy some just to clutch them. This is glorious news. I’d say the road gets easier from here but I respect you too much to lie to you. But if it was easy, it wouldn’t be legendary. By no means does this cover everything, however, the following five steps will certainly keep you on the right path, onward and upward.

You Think You Know, But You Have No Idea

To become enlightened about privilege and systemic injustice is akin to being unplugged from the Matrix and seeing the hell you reside in.

To be a Negro in this country and to be relatively conscious is to be in a rage almost all the time.

Learning the people you thought were heroes are actually monsters can almost be maddening. It’s like down is up, bad is good and red is blue. Not surprising, this often triggers cognitive dissonance in many who support the status quo.

Sometimes people hold a core belief that is very strong. When they are presented with evidence that works against that belief, the new evidence cannot be accepted. It would create a feeling that is extremely uncomfortable called cognitive dissonance. And because it is so important to protect the core belief, they will rationalize, ignore and even deny anything that doesn’t fit in with the core belief.

Cognitive dissonance is also why bigots continue to choose to be bigots even when morality, evidence and common sense state otherwise. The truth is out there and it may require some extensive research. But that’s okay. After all, you want to be educated, enlightened, and empowered  #GoogleIsYourSisterInChrist.

But you’re one of the good ones so of course you already knew that.

Accolades and Awards Shouldn’t Be Requisites For Being An Ally

Most PoCs have heard some variation of this bile at one point or another: “You should be nicer or you’ll alienate your allies. I’m not going to fight against oppression anymore because you hurt my fee fees.”

So much to unpack. Where to start? First of all dangling allyship over the heads of marginalized people is one of the worst forms of emotional manipulation. It’s like not taking a stand against domestic violence because a girl you had a crush on in third grade friendzoned you; or withholding medical aid from someone who is dying because they didn’t compliment your shoes.

This goes back to a previous point I’ve made in the past about why it isn’t enough to have the right political stance and why your methods and your motives have to be correct. White people fighting oppression is an option and if all it takes to run them off is their ego being bruised, then they weren’t really fighting oppression to begin with. This is also why PoCs are leery of white allies/acquaintances/loved ones and are very hesitant about whom we expend emotional, mental, physical, and spiritual energy on. It’s essentially being in a relationship with someone but you can’t really invest because you’re waiting for the other shoe to drop and the inevitable betrayal to occur. If you can’t be counted on to show up for PoCs on an online forum when one of your bigoted friends is reciting tripe from Fox News, how are we expected to depend on you when it really counts?

Contrary to popular misbelief, equal rights was never about getting the privileged majority to love and accept the minority. It’s about ensuring that minorities have the same equal rights and protection under the law regardless of what the majority thinks or feels. Calling out allies and demanding better is not only encouraged but vital. It quickly exposes which individuals are involved in marginalized spaces for the right reasons and which ones have ulterior motives.

I don’t believe you change hearts I believe you change laws, you change of resources, you change the way systems operate. You’re not gonna change every heart. You’re not. But at the end of the we can do a whole lot to change some hearts and change some systems and create more opportunities for people who deserve to have them to live up to their own God-given potential…You can keep the movement going, which you have started, and through you may actually change some hearts. But if that’s all that happens, we’ll be back here in 10 years having the same conversation.

Your “Negative” Reactions Will Reveal Your Character (Or Lack Thereof)

No one is ever racist, until they don’t get what they want and suddenly all that diversity and equality business goes out the window.

So many “allies” are passive aggressive abusers. Sweetness and light till you disagree or point out that something they did is problematic. Then it’s “We’re on the same side” and “you’ll end up driving away people who would help your cause.” Or they trot out their service record and their relationships/associations with PoC. Always, they act like you are being unreasonable for not letting them skate with whatever. Classic abuse logic and language with only minor tweaks: “Where you gon go? Nobody cares about you but me. If you don’t do things my way you’ll suffer and have only yourself to blame. Look at all the nice things I do for you, and look how ungrateful you are.” This is not the thought process of an ally or of a decent person. If you think what you did yesterday can excuse your fucking up today you have lost your mind and you need to get from around me.

Here’s the “bitter” truth about equality. Equality means that if I come out of pocket with a trans person, they are well within their rights to read me the riot act. Equality means that I may have every reason to despise a female co-worker but she’s still entitled to equal pay and benefits as I am if she’s doing the same job. Equality means that just because someone spews bigoted bile in a roundabout/passive aggressive manner doesn’t make it any less poisonous.

So if your values of equality are contingent on being told that you’re a pweddy, pweddy pwincess, don’t kid yourself. You’re another bigot and a predator waiting to strike.

A satirist by the name of Jon Stewart said it best, “If you don’t stick to your values when they’re being tested, they’re not values, they’re hobbies.”

Anti-Blackness Is A Global Epidemic

Anti-blackness is as widespread as it is toxic. It can be found in virtually every culture all over the planet. One of the primary reasons why it is so pervasive and destructive is because it is allowed to run rampant and unchecked.

What is anti-blackness? It is essentially the racism, oppression and violence aimed specifically at black people. Even many nonblack PoCs will engage in anti-blackness believing their stock will rise if they have someone to step on. In short, the racism blacks endure is often worse than other PoCs and we’re not on the same footing with other people of color. People will often look the other way when it comes to anti-blackness as opposed to other forms of racism.

Examples of anti-blackness include but certainly not limited to:

Chinese moviegoers complaining that the African superhero film Black Panther is too black.

The Israeli government inflicting the same atrocities on black Jews that the Nazis commited during the Holocaust.

The truth is, people don’t look down on black people because we’re inferior. They do it out of fear and hatred of the fact that we’re exceptional. We’re the only race to have our culture adopted and emulated by the rest of the world, all over the world. In spite of weathering every unspeakable atrocity possible, our contributions to science, the arts, human rights are undeniable.

The United States alone is a testament to this. Every freedom and liberty Americans enjoy are enjoying, was made a reality by black people, in spite of the boot of oppression standing on our necks. Feminism, racial justice, LGBTQ rights, equality for disability, economic reform. There’s not one social justice that blacks didn’t make happen. You know that Lady Liberty line, give us your poor, your broken your outcasts, whatever. That’s the black community. That’s who we are. When we fight for we do it for everyone. Even for those who would sooner sell us out for 20-30 pieces of silver.

We are the original people. We are magical. We are excellence personified.  We deserve be to loved and respected just like everyone else does.

Glass Menageries Are The First To Throw Bricks

One of the biggest red flags for PoCs is when whites attack (fellow) racists in a vain attempt to show how “totes not racist” they are. It would be one thing if they were acting in good faith, leading by example and calling out their own. That would be awesome. Alas, a world of no. The guilty are the first to prosecute and glass menageries are the first to throw bricks.

President Trump has become a walking absolution for other racists. Other white supremacists believe that if they condemn the president, it excuses them and their crimes. Meryl Streep received a standing ovation at the Oscars for denouncing Trump and praising diversity. However the Roman Polanski defender had recently been in hot water herself for wearing a t-shirt with the emblazoned racist slogan: “I’d Rather Be A Rebel Than A Slave.” This is also the same woman that when called out on the fact that the Berlin International Film Festival lacked in diversity, she flippantly replied, “We’re All Africans.” Hypocrisy much?

Alec Baldwin received an Emmy for his mockery of Trump on Saturday Night Live. He’s also been praised for his online beefs with the president on social media. While on the surface it appears Baldwin is fighting the good fight, but in reality his appearances on SNL, Will & Grace, and spats with Trump are little more than PR makeovers to redeem his image. How soon we forget that this is the same Baldwin who abused and terrorized his ex-wife Kim Basinger and their daughter. Having made racist remarks to rival Trump, Baldwin’s repeated homophobic tirades are also the reason for the PR makeover. Again, hypocrisy much?

Lest we forget Bill Maher. The Host of HBO’s Real Time has garnered millions over the years denouncing and mocking conservatives for their racism. Yet Maher is one of the biggest racists on television. When he’s not being called out by Ben Affleck for his Islamophobic attacks, he’s whitesplaining to Wayne Brady why Maher is “blacker” than he is. That’s not when Maher isn’t dropping the N-Word on live television. So how does he get to lecture right-winged bigots again?

Needless to say the goalpost shifting, hypocrisy and gaslighting by liberal fauxgressives in the media does nothing for the mental health of PoCs.

White “allies” also need to do more educating of other white folks instead of only stepping in to mock people to make themselves be better.

Photo by Clarke Sanders on Unsplash 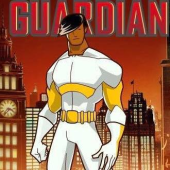 The Truth About Bullies

Managing The Fear Of Loneliness