When my mother lost her father it was sad, but not unexpected. He was 80 years old, he had that lingering kind of cancer that old men often get, and there was plenty of time to prepare for his death.

Not that any of us ever acknowledged his demise or named the dread disease he lived with for so long. Until the day he died he spoke of getting well, would not reveal his feelings or let us tell him ours, and we all aided and abetted his fantasy.

He hid behind the wall of an impossible dream because he needed to, but that wall troubled my mother long after he was gone. It’s not just that I miss him, she would say. It’s not that I haven’t accepted his death. But it feels like there was unfinished business. Something left undone.

How well I remember the false gaiety of those last visits with him, the strain of false smiles and tears held in check. It seemed so unnatural not to acknowledge the obvious. The natural. But what else could we do? In a society in which every other bodily function is treated as a group rite of passage, from christening to wedding to baby showers and on again, the last one of all is oddly ignored, considering its inevitability.

We are taught to live well and love well, to birth well and parent well. No one teaches us to die well, or help another person to do it. When death finally comes we are poorly prepared.

Two years after my grandfather died, my own father was struck with a lethal, untreatable form of cancer. The doctors could offer us no type of therapy, no extra time, no hope at all. Here was the inevitable. Here was the shock. But here also was tragedy. My father was only 53 years old.

At first I wished it could be any other way. Why not a heart attack, an accident, something sudden? What could be worse than the horror of having to just sit there and watch him die?

We had so many questions.

Should we tell him, and if so, when? Might it not be kinder to protect him until the last possible moment from the anguish we already suffered?

And how would we handle him? We worried less over his imminent death than over the helplessness which must precede it. How would such a bull of a man, who hated hospitals and even aspirin all his life, handle such an indignity? He was not the kind of person who would allow you to feel sorry for him. He was a giver all his life who didn’t know how to take. Gifts embarrassed him and so did thank you’s.

What would become of our family without our hub, our rock, our peacemaker who held us all together? It was he we turned to with all our problems.

The answers, though painful as all growing is, turned out to be simple. We called a secret, emergency powwow of his brothers and sisters. It was the last family gathering from which he was excluded. A very wise uncle settled the hotly debated issue of whether he should be told by saying: “He’ll be leaving you soon enough. Why put a distance between you even sooner by pretending? You can put all that energy into helping each other get through this.”

Once my father was told we decided together, with him, to treat his passing as the natural though untimely event that it was. He would do it at home, among his loved ones. Just as birth is no longer something that happens to women but a process they participate in, my father’s death did not happen to him. He died.

We never pretended that he would get well, or treated him suddenly differently because he was dying. More often than not it was he who comforted us, retaining to the end the identity of the father we’d known and loved.

This was a family that never learned to say good-bye. Anyone going away on a long trip would find, at the door, that everyone had suddenly disappeared. It hurt too much to take leave of each other.

We wanted to. Each of us spent private time with him saying all the things you always mean to say to someone you love and somehow never do. And in those quiet, solemn talks, mostly filled with affirmations, he launched us. We flew.

My young brother came forward with a strength we had not known was there because we had not needed to look. Two grown daughters and a wife stopped being girls at last because the man who had always sheltered them needed women now. We learned to give, and he to receive.

His relinquishment of the outer cares freed him to undergo a long overdue spiritual journey, a journey he shared every step of the way. He groped for, wrestled with, and found his God, and left us with his finger pointed in the right direction.

We didn’t just sit and watch him die. We all participated. It was intensely painful, but intensely intimate. I learned more about my father in those last few weeks than I had in 32 years, or might have in another 32. There was a feeling of wholeness in his passing with, rather than from, us. It was as if old age and the wisdom that accompany it had been condensed, but not lost. I miss him, but not who he would have been. It could have been worse. 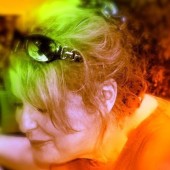 Acceptance of Paradox is The Epicenter of Recovery From Borderline Personality