In a 2013 study conducted by Tohoku University, neuroscientist Hikaru Takeuchi and other researchers found that the brains of more than 200 children between the ages of five and eighteen had lower verbal IQ scores because of the thickness of a number areas of their brains, including the septum, hypothalamus, visual cortex, and the sensorimotor area. Such areas are responsible for vision, arousal, aggression, and emotional responses. The thickening of the frontal lobe region (frontopolar cortex) can lead to the decline of verbal IQ scores that showcase language and vocabulary skills.

Watching television could affect one’s eyesight, which in turn could lead to an increase in the volume of one’s visual cortex. However, the thickening of your hypothalamus can contribute to increased aggressiveness and mood disorders, maybe even borderline personality disorder. Other studies have found that subjects’ emotions and arousal increased while watching television rather than using their own intellects for stimulation.

Other research discusses how television might impact a person’s mental and physical health. Some studies report how children who watch additional television could experience higher risks of developing depression and type 2 diabetes as well as a higher potential to receive criminal convictions.

Children who watch television can also suffer from television-induced seizures, a condition sometimes known as television epilepsy. Conditions such as seizures or epilepsy could prompt your doctor to prescribe Klonopin (clonazepam). If you started taking the drug and become hooked on it, there’s a good possibility you could develop the need for Klonopin addiction treatment. There are other studies, though, that disagree with the assessments about television’s effects.

Durham University psychology professor Dr. Amanda Ellison explains that when people do not receive sensory stimulation, they might start hallucinating in order to stimulate their brains. When people leave isolation, they receive poor scores on memory and reasoning tests. However, if they’re watching complex television programs such as dramas, their brains become sharper because they’re taxing their brains. She states that the more people tax their brains, the stronger they become.

When a person watches a complex television drama, “almost all the visual regions in the brain are activated, starting with the primary visual cortex in the occipital lobe, where the images are first analyzed,” Ellison explains. “The inferior temporal lobe kicks in to recognize objects, and the parietal lobe takes care of spatial attention – that is, separating out the important parts of the image from the background.” A complicated drama also energizes the Fusiform Face Area (FFA), a brain area responsible for recognizing the faces of characters in dramas.

Television also engages other areas of the brain. The Wernicke’s area of your brain will help you understand the script of the television show or movie that you’re watching. The right side of your brain helps you understand the musicality and tone of voices from the characters, which could help you determine the emotion in the drama. Another brain area, the hippocampus, allows you to recall previous parts of the show or film. Such dramas engage your memory and the frontal cortex areas of the brain responsible for higher reasoning.

Parts of the brain such as the thalamus, hypothalamus, and amygdala combine to form the limbic system. When we stimulate our limbic systems, they might release dopamine, a substance that makes us feel rewarded, and serotonin, a substance responsible for making us feel happy. If you’re watching a complex mystery and solve it, it may trigger the release of these substances to affect your brain chemistry. If a particular show or movie is filled with suspense, your parietal and frontal cortex areas of the brain might display greater activity than normal.

Watching television could lead to other behaviors with mental and physical health consequences. Writing in the Daily Mail, Emma Innes discusses how researchers reviewed twenty-four previous studies on eating behaviors. The researchers found that people engaged in other activities while eating ate up to twenty-five percent more food than they would have eaten if they had been paying more attention to what they ate. The distracted eaters also had more trouble remembering what they ate.

People who eat while distracted by television sets, then, could eat more and could have more trouble remembering what they ate. Because of this, they may gain weight because of their distracted behaviors. This depends on individual situations, however.

When examining the impact of television on the brain, different research yields different results. Research has found that television might negatively or positively the brain, so perhaps more research could be useful to find further definitive answers. 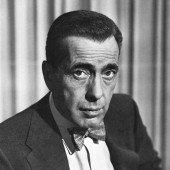 Walking for Exercise and Pleasure