Autism and Dementia: Is There a Common Link?

There are many likenesses between seniors and children. Both cannot do without help from others while taking of themselves. Both require adults to guide them in matters of daily life. Both have difficulty learning new things.

So, when things go wrong in the brains of both, the very old and the very young, the cause is more often than not, the same. Brain disorders. In children, the result is frequently autism. In seniors, it’s dementia.

Both conditions take a huge toll on the families involved. Dementia occurs in about 8.8% of adults above the age of 65, whereas an estimated 1 in 68 school-aged children have been identified with autism spectrum disorder. Let’s take a look at what these conditions are:

Autism is a lifelong developmental disability that affects how people perceive the world and interact with others. It is not an illness or a disease, rather it is a spectrum condition because of which autistic people share certain difficulties.

Learning disabilities and mental health issues are some of the challenges that autistic people often face. There are around 700,000 people in the UK living with autism; that is more than 1 in 100 people.

(2) Impairment in communication and

(3) Restricted repetitive and stereotyped patterns of behavior, interests, and activities that come under two domains:

Dementia is a set of symptoms that are linked to disorders and their negative effects on the brain. Those who suffer from dementia exhibit at least two impaired brain functions which include, but are not limited to, memory loss, impaired judgment, difficulty communicating, struggling with complex tasks, difficulty planning, and loss of motor functions. Though often confused with Alzheimer’s or Parkinson’s, dementia is not a specific disease, rather a wide range of conditions can cause dementia.

However, dementia is not a disease in itself. It is a disorder that develops as you age, due to damaged nerve cells in the brain and can be linked to anything from head trauma to Huntington’s disease. In some cases, such as in the case of Alzheimer’s, it cannot be reversed and symptoms progressively worsen over time.

Though there is no conclusive evidence, it is believed that Autism is a highly heritable disorder and that genetic susceptibility interacts with environmental factors. Many of the genes found to be associated with autism are involved in the function of the chemical connections between brain neurons (synapses). Though, the symptoms of autism may be the same as those of dementia, the root cause of autism and dementia may differ as do the treatments for both.

Symptoms and treatments aside, autism and dementia may share similarities at the gene level. For example, evidence suggests that emotional disorders such as schizophrenia (which has hallucinations as one of the symptoms, similar to dementia) occur more frequently than average in the families of people with autism.

It is true that at a psychological level, both autism and Alzheimer’s share a number of features including, catatonic state, and disrupted sleep, difficulty with balance and language comprehension, and attention transition issues. Studies conducted on neurodevelopmental and neuropsychiatric disorders develop a strong belief of genetic overlapping between Alzheimer’s and autism.

Additional evidence of a link at the genome level may have been discovered by a Tel Aviv University team in Israel. ADNP is a major regulatory gene in humans and it could be responsible for causing higher levels of autism in boys — who suffer from the condition far more than girls do — as well as the increased levels of Alzheimer’s disease in elderly women.

These findings are not based on the Tel Aviv University’s team alone. Various studies over the past 15 years have found that ADNP mutations can cause not only autism, but also Alzheimer’s. Though not synonymous with dementia, Alzheimer’s is the most prevalent form of dementia.

The Link Between Dementia and Learning Disabilities

The Danish National Social Agency, Socialstyrelsen, states that they do not yet know whether the incidence of dementia is higher or lower in people with autism or whether autistic people are more likely to develop Alzheimer’s as they age.

It is well documented that people with Down’s syndrome are at a higher risk of early onset of dementia and that there is increased prevalence of dementia in learning disabled population. In the case of the autism spectrum however, there is hardly any research on how the autistic brain changes in adulthood.

This is further complicated by the fact that many of the factors that seem to influence cognitive decline among people with autism are not related to intellectual level, but to other factors linked to autism, including epilepsy, obesity, pain, falls, hypertension, diabetes, sedentary lifestyle as well as hearing and vision issues. Thus, diagnosing the autistic with dementia is problematic because of the lack of ability to take standardized tests.

Preliminary findings of a research team with a grant from Autism Speaks indicate that following an increase during adolescence and young adulthood, people with autism tend to displace evidence of a decline in functional skills during midlife and beyond.

This pattern of decline is in sharp contrast to the upward slope and linear nature of the trajectory of functional skills during a similar period in adults with Down syndrome, where skills are maintained more successfully. Many explanations are possible for this downward trajectory of functional skills among adults with autism in midlife and beyond, and one of these is dementia. The research team aims to conduct a secondary analysis of existing focusing on domains associated with dementia to identify individuals for pilot testing the proposed dementia assessment which will also be developed. It is anticipated that findings from this will form the basis for a larger exploration of the course of aging and dementia in adults with autism.

There is just not enough research to conclusively prove that autism and dementia are linked. Though they share a similarity of symptoms and may have similarities at the gene level, additional research is required to know for certain. Current research suggests that there may be a link, but it may take decades of studies to establish and understand the potential link between autism and dementia. 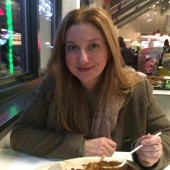 Do You Have Autism or Attention Deficit Hyperactivity Disorder?