More and more people nowadays identify with being proud wallflowers. However, psychiatry has long linked the traits of this personality type with the onset of various mental disorders. When hearing this, we can’t help but wonder: are we as introverts affected by mental illness more often than other people? Let’s find out.

If you’re familiar with the field of mental health, then you know that the American Psychiatric Association (APA) and the World Health Organization (WHO) have produced two of the most reliable diagnostic manuals for disorders of the mind in recent history. But while the WHO added a diagnosis labeled as “introverted personality disorder”.

When the APA considered doing the same, mental health professionals started a persuasive letter-writing campaign to stop the motions. Luckily, they were successful back then, but then in 2010, the association was back it again with a proposal to introduce introversion in their following edition of the Diagnostic and Statistical Manual, namely the DSM-5.

This is a fact that few people are aware of today, even those who exhibit telling personality traits that link them to this type of behavior. And for us introverts, this piece of news came like a punch in the face, because all it does is put a clinical label and prescribe medication for something that shouldn’t necessarily be seen as poor mental health.

When you look at some of the most telling signs that help you determine whether or not you’re an introvert, the fact that it shouldn’t be subject to medical intervention becomes obvious. Here are some of them for reference:

As mentioned above, introverts don’t exactly flourish in social situations. In fact, they prefer staying as far away as possible from any elaborate form of interaction. This can lead to the development of anxiety, one of the most common mental health issues that people experience nowadays. Unfortunately, that’s not all.

Medical professionals have discovered that introverts have higher chances of developing depression at a certain point in their life. In fact, 74% of people suffering from this mental disorder also exhibited introverted personality traits. There is also some evidence indicating that this behavior leads to a heightened suicide risk.

When you look at things from this perspective, it’s easy to see why the APA would want to introduce introversion in the new edition of their Diagnostic and Statistical Manual and single us out for being unwell. The numbers don’t look promising at all.

Furthermore, extreme social isolation is a triggering factor during multiple phases of schizophrenia. This doesn’t mean that being a wallflower leads to the onset of the condition, but it could potentially lead to its aggravation if you take your retreat one step too far in the wrong direction.

However, let’s not forget that a difference in behavior is sometimes misdiagnosed as mental illness, especially when considering the stigma attached to it. You need to remember that much of the sadness and anxiety you might be experiencing also can come from society’s refusal to understand that we’re not abnormal, just different.

Although the American Psychiatric Association wants to shove diagnosis after diagnosis down our throats, this shouldn’t be a reason to put your dreams on hold. You’re not sick, you’re just different.  Being an introvert doesn’t mean that you can’t lead a satisfying and fulfilled life. In fact, you can be just as happy as anyone else.

The essential thing you need to understand is that your happiness simply is different than that of others. While plenty of people feel excited about going out to parties and other social events, you might feel just as strongly about staying in bed with a warm cup of tea and a good book. There’s nothing wrong with liking either of these things.

When you’re constantly self-aware and putting yourself down about who you are as a person, you are welcoming mental illness into your life. These afflictions feed on negativity and doubt, which is why they are at their best when you hit rock bottom. By accepting and loving yourself for who you truly are, you can beat them to the curb and live a good life.

It might just be that introverts aren’t as prone to developing mental disorders as others are to seeing them as defective. To prevent yourself from falling into the trap of this vicious cycle, you need to remember that you are amazing and strong. Allow yourself to be proud of who you are, no matter what others might think. You’ve earned it. 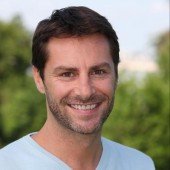 Alex Moore is a psychology blogger focused on specific aspects of mental health and mental illness. Through his research, he tries to present the problems of mental health to a larger audience. Find him writing for www.schizlife.com.

﻿Thank You for The Past 20 Years

10 Signs of a Healthy Relationship

7 Signs That You Are an Introvert