Antisocial personality disorder has been something of a mystery when it comes to knowing what is going on inside their heads. Many have wondered what they are thinking or feeling. Do they even feel empathy for others? Perhaps some are wondering if it is just a disorder of children and that they will simply grow out of it as they reach adulthood. I wanted to come out of the shadows to let others know a little more about this disorder; Not so much what is read in textbooks or from psychologists, but through the eyes of someone who suffers from this disorder.

This disorder is directly associated with the child’s family history. I was a child of an alcoholic mother who would leave my six year old brother to care for me while she would be out on drinking binges, for as long as three days. My brother and I were adopted when I was about two years old. I was never lied to about being adopted and always felt a sense of pity thrown my way. When I got into trouble at a young age it was brushed off as it’s not my fault, or he has had a hard life kind of thing.

Warning: This is Major Mistake #1

Children especially those from troubled backgrounds need to learn at an early age that they are responsible for their actions. We need to teach them that there are consequences. Help the child to start forming a conscious thought process of thinking before you act. This exercise of reminding them that their actions have consequences good and bad will help with the forming of thought before action.

I had other times that I would get into trouble and my adopted mother would get so mad that she would slap or hit me and say she wished she never taken me on.

Warning: This is Major Mistake #2

You should never lose your temper to the point that you say you never had the child or wished you had never adopted them. These are words that bore deep into the psyche of children and can cause great damage for years to come. You as the parent need to be the example. Even when we are mad and are yelling at you, we are watching to see how you handle the situation. We are learning from you all the time even when you don’t think so.

I continued to get in trouble and run away all the time because when I did there was no real punishment to be had. I was told that you are grounded for a week without television or something else and two days later I was not grounded any more.

Warning: This is Major Mistake #3

When you are punishing a child for not acting in a way that is appropriate you are trying to correct that action. Your hope is that by punishing them they will learn from it and not do it again. Now if you punish your child by taking something away, you are showing them the consequence of this action. If you take the consequence away, then you are teaching them that if they get into trouble it’s not something that really matters. The punishment is worth what they got in trouble for. Now you have just transferred your power over to the child.

The core feelings that I had as a child were ones of fear and later hatred. I was adopted at the age of 2 until I was about 12. Then when my adopted mother decided that she could not handle me she gave me up to the courts. I then went through 18 different foster families in a year because none of them could handle me and the behavior was already in place. I then was put in Children’s Hospital for 3 months and then transferred to a boy s home in Spokane WA. I stayed there for about a year until the director said that he could not handle me and I should be put in a mental institution. Instead of this the courts put me in one last boys home where I stayed for 4 years until I was 18 years old and was awarded “Boy of the Year”.

My actions of running away and getting into trouble were at its core FEAR. I had a fear of getting hurt. I would not let anyone get close to me so I found ways of pushing them aside. When someone got to close it was like a siren going off in my head and my self defense strategy kicked in. I would run away or find some way to push them back from wanting to be a family to just being some kid. If I did not let them get close then I could not get hurt. This type of behavior continued for years until I went to Morning Star Boys Ranch in Spokane WA. While I was here I got into trouble and got punished for it. They did not change their punishment if I pleaded ECT. Also if I was good and did what I was supposed to I got to go places and was given more responsibility.

For the first time in my life I learned that my behaviors effected others not just myself. This is the point we need to teach these children. We need to show them by example and guide them to self exploration though art or sports. When we break down the anger all that is left is fear. Fear can be dealt with when we teach the courage to try, the drive to make it happen and letting them know that we are there with them if they need our help. 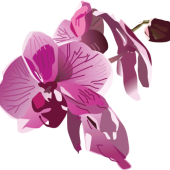 Some Thoughts On the Loss of Columbia