“And I would hide my face in you and you would hide your face in me, and nobody would ever see us any more…”

You are a ghost to me. You appear and disappear at whim. You float silkily in and out through the walls, haunting me, taunting me, with promises unkept and needs unmet. You are my skeleton, the very core beneath my flesh, literally holding me up from within. These bones feel old, fragile, easily broken. And I absolutely must not break this skeleton. Sometimes that’s why I try.

I dare you, my haunted bones. I dare you to crack if I fall on you.

Abandonment and Borderline Personality Disorder: It’s a fear so constant that it’s almost comfortable now. It’s always with me, like a heartbeat. Over and over. Please. Don’t. Leave. Me.

Borderline Personality Disorder is incredibly complex, with nine distinct symptoms and five out of those nine required for a diagnosis. The DSM-IV describes the disorder as “A pervasive pattern of instability of interpersonal relationships, self-image, and affects, and marked impulsivity beginning by early adulthood and present in a variety of contexts…”

Symptom one: frantic efforts to avoid real or imagined abandonment.

This is the core, the skeleton (if you will), of Borderline Personality Disorder. The additional behaviors (including: unstable self-image, intense and difficult relationships, self-destructive and impulsive behavior, suicide threats and attempts, self-harm, extreme mood reactions, feelings of emptiness, dissociation, and psychotic distortions) can often be traced back to symptom number one.

It’s a fear so constant that it’s almost comfortable now. It’s always with me, like a heartbeat. Over and over. Please. Don’t. Leave. Me.

I call you near midnight after hours of tossing and turning, telling myself no, he’s at work, don’t bother him at work. If you bother him he’ll leave for good. But I can’t sleep if I’m afraid you’ve already left for good. What to do. What to do. I pick up my phone, dial your number, hold my breath. Three rings.

“Okay. Thank you. Talk to you later.”

My insides untwist a little bit, but I don’t close my eyes just yet. Maybe I lied to both of us. Maybe I won’t talk to you later.

By the time I fall asleep, you’re already gone.

Margaret Mahler, an early pioneer in psychoanalysis, coined the term “object constancy” to describe a person’s (especially a child’s) capacity to understand that an absent human or object exists and will return. Many people with BPD struggle to even wrap their minds around this concept; it is completely foreign. Their world revolves around a near total inability to remember that anyone, even a loved one, can be consistent, trustworthy and reliable when outside of their field of vision. For a myriad of proposed reasons (abusive childhood, persistent invalidation, genetic predisposition, parental neglect), their understanding of object constancy is severely underdeveloped. Unable to trust that most absence is not permanent, someone with BPD may struggle enormously to make and keep healthy relationships. Their constant need for reassurance and validation pushes many people away, which reinforces their belief that most people abandon them, which makes them need even more reassurance in the future.

We are lying in bed and I ask you a question, unaware that you’re already asleep. This wakes you, bothers you. You say, “I’ll just sleep on the couch tonight.”

The living room light clicks off. Our bedroom light clicks on. I take a razor blade, cut into my ankle. Dip a small paintbrush in my blood. “I’m sorry”, I spell out on an index paper. I leave it next to your sleeping form on the couch.

Don’t you see? I paid for my sin with blood. How can you hate me, how can you leave me, if I bleed for you?

The door slams shut behind you along with all my love and admiration. I hate you now. Fine. Leave me. You’re worthless anyway. See if I care.

Get it? I don’t have to cry over despicable people.

For people with BPD, object constancy is often replaced by its inverse: splitting. They have a hard time incorporating into consciousness seemingly contradictory aspects of the same person or thing. e.ghe said he wanted to be with me but he went to a bar with someone else. Or, She said she would be home from work at 5:30 but now it’s 6:15. Both highly sensitive to and terrified of abandonment, someone with BPD may “split” that person into “all good” or “all bad”. A formerly “good” person can suddenly become severely untrustworthy and even evil to a person with BPD. When being abandoned is the worst thing in the world, a perceived abandonment can make one feel like they deserve the worst thing in the world. Lacking a sense of self outside of other people, this is unbearable to the borderline unless the blame shifts to someone else: the person who left them. (Perhaps confusingly, someone with BPD is usually much more prone to split “bad” with loved ones than acquaintances. But the closer the relationship, the less tolerable it is to “lose” it; in these cases, the defense mechanism must be the strongest.)

I’m feeling strange and send you a series of increasingly bizarre and hysterical text messages until abruptly deciding that I’m acting crazy. Time to send some apology texts. Lots of them. My messages stop going through, and I realize I’ve finally pushed you to the brink. You’ve blocked my number.

Tearfully I send a Facebook message saying I guess this is it, it’s been nice knowing you, I have a box of stuff for you but I’ll leave it on your porch… not long after that my phone beeps. It’s you.

You say I need to stop assuming the worst is always coming, and I reply “yeah, okay.” I say “thank you for putting up with me.” What I don’t say is “well maybe the worst really is always coming. Just please don’t leave me without saying goodbye.”

Almost always incapable of forming a secure attachment style – that is, one that is characterized by a positive view of the self, others, and relationships – people with BPD instead form one of three insecure attachment styles: dismissive-avoidant, anxious-preoccupied, and fearful-avoidant.

People with dismissive-avoidant attachments are often loners with little desire for human relationships. They are inward, distant and isolated, with a tendency to suppress their emotions.

Those with anxious-preoccupied attachments constantly seek approval and validation from others, which rarely alleviates their self-doubt. They have strong feelings that they will always be rejected, which leads to severe trust issues and emotional desperation.

Someone with fearful-avoidant attachment may desire close relationships while also finding them uncomfortable and frightening. Lacking faith in almost everyone, they tend to withdraw as soon as someone gets intimate with them. They struggle with both a sense of self and a connection with others.

Margaret Meinecke, LCSW, CAC III with the Institute For Attachment & Child Development, recommends cognitive psychological work to treat attachments disorders in adults. This work may include “exercises such as life scripting wherein the family messages and habits of relating to others are closely examined…Finding the origin of a faulty message, re-framing the message by understanding the limitations of the messenger(s) and practicing to incorporate a healthier, more accurate idea can be very liberating for a troubled adult.”

Through cognitive behavior treatment, someone experiencing BPD will learn how to identify and validate their feelings, express them in a safe way, understand the origins of their feelings, work through grief and loss, enhance self-esteem, develop a positive sense of identity, improve social interaction patterns, develop self-soothing skills and eventually understand the concept of object constancy. Someone with BPD is not doomed to forever lack these skills.

Can they completely abandon their own abandonment issues? Probably not. But can they develop more secure attachments, thus reducing their “frantic efforts to avoid abandonment”? Research says: absolutely.

I’m storming out of my therapist’s office after a memory hits me in the heart. I want to hit it back, hit SOMETHING back. I want to scream at her face and cry on her shoulder. I want to drag her into my world and keep her from leaving it. I want, I want, I want…

Later I trudge back into her office, meekly. “I don’t really hate you.”

What a luxury it is to know. 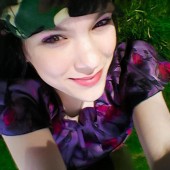 One More Abandonment Will Lead To Recovery

How to Be Happy Within Yourself?