The teen years are a tumultuous time when mental health conditions often make their first appearance. Unfortunately, issues such as depression that go on too long can place teenagers at greater risk for committing suicide. According to the American Psychological Association (APA), suicide is the second leading cause of death for people between the ages of 15 and 24.

As if this statistic isn’t upsetting enough, a parent can only imagine how many children might have struggled with suicidal thoughts yet didn’t act on them. Since suicide affects everyone in the community, it is up to you as a parent to take action using these five teen suicide prevention strategies.

In the past, people treated suicide as a taboo subject since people believed that talking about it might tempt teenagers to give it a try.

Now, it is understood that talking about teen suicide is beneficial because it opens up a dialogue about mental health. Removing the stigma that is associated with seeking treatment for mental issues, such as depression and anxiety, is an important part of suicide prevention.

Be willing to talk to your teenager and their friends about suicide, and let them know that you are a trusted adult that they can turn to in a crisis. While it might be hard to hear about the things that your child or their friend is struggling with, knowing about it allows you to help them find positive ways to cope.

Talking about suicide also makes it more likely that a teen will feel comfortable stepping forward and asking for help themselves.

There are specific life events and personal characteristics that place a teenager at greater risk for suicide.

For instance, a child who is dealing with tremendous stress caused by a recent relationship ending, academic struggles or family problems might begin to view suicide as an option for getting away from the emotional pain.

Kids who are bullied are also more likely to commit suicide as their self-esteem begins to plummet and they start to think that nobody cares.

Sadly, there are teenagers without access to mental health services that can treat their underlying condition, which also increases the risk of a problem getting so big that a teen views suicide as the only way to cope.

Teenagers who have access to firearms, knives or dangerous medications are also at risk of being able to create and execute a plan to commit suicide.

Staying involved in the lives of the teenagers that live in your community makes it possible to identify these risk factors early enough to help before it’s too late.

Once a teenager has begun to experience mental health issues that place them at risk for suicide, you may begin to notice warning signs that they are considering suicide as an option.

For instance, a teenager may begin to engage in reckless behavior since they no longer care about their personal safety.

Alternatively, a teenager may begin to engage in self-harm in an attempt to relieve their emotional pain or call attention to their struggles. It is also important to always take a teenager’s threat to commit suicide seriously.

This is often the only cry for help that adults might receive before a teen actually chooses to end their life.

Many of the earliest warning signs of teen suicide occur soon enough that there is still plenty of time to get help. For instance, providing counseling to a teenager who is struggling with anxiety or ending a bullying incident can prevent them from reaching the point of considering suicide.

Eating disorders, depression, and drug addiction are a few more health conditions that affect teens who attempt to end their life.

While recognizing the risk factors and warning signs of teen suicide are important, parents should also be aware of their ability to help teenagers learn positive coping methods for handling stressful life events.

For instance, you may work with your teenager to teach them how to resolve conflicts in a safe manner, or you could coach a group of kids at school on how to include others in their group who may feel left out. It is also helpful to stimulate positive self-esteem in teenagers by bringing out their best attributes.

Giving teens healthy options for activities, such as going hiking or playing a sport, also allows them to relieve tension that contributes to suicidal thinking.

When a teenager threatens to end their life or even brings up suicide frequently, it is critical that you take this seriously as a parent. If it is your child that is talking about suicide, then you want to find them professional help right away so that they can begin to uncover and work through any underlying issues that may be influencing their thinking patterns.

As you do so, you should be involved. Attend family counseling and offer to assist your child with rebuilding their self-esteem. This way, they feel the full support of having a parent who cares about them as they work on healing from their mental health issues.

There may also be times when a teenager reaches out to you about the issues that they are dealing with. This child may be a neighbor, one of your friend’s kids or even a complete stranger. When this happens, it is important to help the teenager identify a trusted adult who can help them gain access to mental health care. If they cannot reach out to their parents or lack support from their family, then you can refer them to resources such as counseling on your own that can prevent suicide.

Making teen suicide prevention a priority in your community can truly save a life. Fortunately, you are already in the ideal position to help since you are a parent. From working with your child at home to extending support to teenagers in your community, you can begin to end the constant threat of suicide while promoting positive mental health for teens.

Photo by Ben White on Unsplash 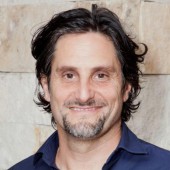 How to Stop Aggressive Behavior in Young Children