In today’s fast-paced world, parents often are in a hurry and they fail to notice little things they can do with their kids or teens that would benefit both. At present, children and teens do also suffer many diseases such as the Vitamin C deficiency, obesity, heart defects, depression and many more. These are easily preventable by bringing a significant change in their lifestyle if their parents or guardians motivate them and take part in several events that are specifically designed to boost both their physical and cognitive health.

1. Let Them Speak Out

Psychologists see a lack of open communication between the parents/guardians and their children, as a primary reason of depression or other mental disorders by various researchers in psychology from time to time. Parents must try to encourage open conversations with their children so they can speak out about their concerns and fears. Try not to overreact when children have been involved in some indecent activities when they were initially hesitant to share it with you. Doing so might never reach the end of the story as they would completely shut down the conversation. Henceforth, try remaining calm and let them complete their part of the story. After that explain them where they went wrong and what precautions they must take in order to avoid such errors in the future.

Maintaining a healthy dietary plan has a strong link with achieving a good physical health as we all have known for ages but researchers have also found out that the same dietary plans have a profound influence on our mental health. Poor diet includes foods high in carbohydrates and fibres such as red meat, bread, rice,. These have a bad impact on the nourishment for the brain cells. Along with a good dietary plan it is extremely necessary that children’s and adults both alike do have a good sound sleep in order to have a perfect mental balance. Irregular sleeping habits are also seen as a reason to a rise of various mental disorders. Sleeping imbalance can give rise to several mental disorders such as severe depression, bipolar disorder, anxiety, ADHD and many more.

3. Be A Solid Role Model

Parents are seen as the role models for their children. Why do you not hit the gym along with your children which will give them a sense of self confidence and also encourage them.. Gyms do have programs designed for children depending on their age? So this could also be a great start towards achieving the goals of mental and physical fitness. Apart from gyms there are various other recreational facilities where you can join them to encourage and support them as they count on it the most during their formative years.

Try to avoid displaying any negative intentions as children are quick enough to recognize them and this would affect them negatively. Make sure to not to push them too much to do the activities as they would lose interest. Allow the children to move at their own pace as each individual has a different rhythm for completing tasks.

5. Involve Them In Activities & Sports

Children can join various scout teams and also various other activities such as swimming classes and many more that would help develop many of their interpersonal skills such as teamwork, networking, and communication. These activities would also significantly improve their physical health.

Also try to get toys and play with children if you have got time. By doing so, you are not just forging new memories they would relish for a lifetime with them but also making sure they are remaining physically active. Allow them to make their own rules for the games and in this manner once again you are helping them develop their mental capability. Many kids of today have dedicated most of their pass time to their screens-be it TV, laptops, tablets, etc. Various intellectuals are emphasizing on decreasing this screen time

Much has been written above about how both the physical and the mental capabilities in children and well as teens can be improved Medical professionals do highly recommend physical exercises of any sorts- be it jumping on a rope, jogging, cycling for at least around an hour every day for a healthy future ahead. 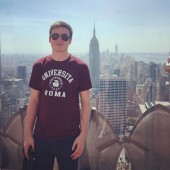 Fredrick Nicholas is a well-rounded blogger who has a wide variety of interests and specializes in doing in depth research for health. He notorious Write, Editor, Blogger. He currently is a blogger for https://healthyhomestead.com in a genuine effort to provide the best quality content to his readers.

What Are They Thinking About Me?

How a Mental Health Diagnosis Can Give Teens Hope