Depression is a very general psychological problem and people of all walks and age of life suffer from it. The effects and symptoms of depression may vary from person to person and can affect areas of life such as work, sleep, appetite, general health and well being.

As the name of this disease is indicative of its circumstances, a person suffering from memory amnesia lost parts or all of his memory. It’s not your plain everyday forgetfulness, instead complete eradication of any or all events and relations.

Amnesia can be of two major types, explained below

In anterograde amnesia, the ability to memorize new things is disabled/lost because the transference of data from short-term memory to long-term memory is not successful.

Amnesia can be caused due to a number of reasons, such as organic and neurological reason, such as a brain damage caused by some physical injury to the head. Or it can be caused functional or psychogenic which include psychological factors such as PTSD.

Dementia is probably the most common disease of numerous types. It should be considered the mother of all diseases. People suffering from dementia generally lose mental ability to function normally in their daily life.

Below are described some of the symptoms of dementia, for a detailed version read this:

Dementia can have a wide range of causes, but mainly it’s caused by the death of brain cells. Some of these causes are explained here:

Some types of dementia are explained below:

There are many sleep-related disorders to which the elderly more prone than the younger adults. The major three are insomnia, sleep apnea etc.

Insomnia is very common in the senior members of our society. Some symptoms of Insomnia include taking more than 45 minutes to fall asleep, trouble in staying asleep, waking up early and night falls. The primary cause of insomnia is stress and anxiety, in the elderly, it is mostly caused by either that or irregular use of stimulants such as nicotine. It can also be caused due to polypharmacy, i.e. the increased use of medications.

Sleep apnea is a sleeping disorder which is primarily inclusive of irregular breathing due to an obstruction of the upper airway. The main causes are increased weight, age, enlarged tonsils and too much smoking etc.

Alzheimer’s disease is a kind of dementia in which patients get stuck to a particular memory and they believe to be a part of it.

A person suffering from Alzheimer’s disease tends to lose his ability to rationalize events and happening, forgets his own relations and the ability to communicate is fairly affected.

Alzheimer’s disease is a neurodegenerative disease. And it involves shrinking of brain tissues. Mostly Alzheimer’s is caused due to genetic mutation passed on to children from their parents. It can be treated by psychological therapies and symptoms can be fairly reduced.

Photo by Huy Phan on Unsplash 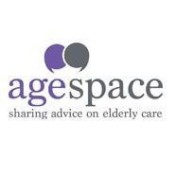 This article was written by Chris Palmer who regularly shares advice on elderly care. In particular dementia and supporting your elderly parent. You can find more by Chris on: https://www.agespace.org/.

The Various Symptoms Of Depression

Are Your Memories Depressing You?