3 Theories of Personality and How to Apply Them

It’s hard not to be interested in the concept of personality. How is it, when their DNA is more than 99.999 percent the same, that two people can behave so differently and develop such vastly different opinions? Even siblings, who develop in identical environments — or seemingly close to it — can become people with polar-opposite personalities. Even within individuals, personality is difficult to understand; most of us compulsively take personality quizzes to gain greater insight into who we are and why.

Psychologists are just as fascinated by personality as the rest of us, and they strive to answer our personality-related questions with science. Personality psychology is a unique branch within the field that studies psychological similarities and differences between individuals — and more importantly, it strives to explain what psychological processes drive an individual’s personality. However, the science of personality is much more complex than a personality quiz you might find in a magazine. Here are three leading theories of personality, their implications, and their applications in everyday life:

Sigmund Freud’s psychoanalysis revolutionized how people approach diseases of the mind, which means anyone interested in formally studying psychology must understand his theories. It should be little surprise that he has a well-established and thorough theory of personality. According to Freud, the development of personality depends on instinctual drives, unconscious processes, and early childhood influences; thus, a person’s personality is more or less solidified within the first five years of life.

During this yearly developmental period, children establish the three parts of their personality, as envisioned by Freud: the id, ego, and psyche. The id is the instinctive, idealistic personality; the psyche uses learned values and morals of society; and the ego mediates these drives to make a balanced, happy personality. Imbalances produce psychosis and neurosis, personality traits which Freud hoped to eliminate by revisiting the psychosexual stages in analysis.

While Freud may be more famous among laypeople, Hans Eysenck has a more approachable and realistic theory of personality. Using a standardized test devised by Eysenck, psychologists can identify familiar dimensions of personality in patients to determine mental health. Ultimately, Eysenck believed that personality was an expression of the nervous system and that by developing balance between excitation and inhibition of the nerves, one could develop a healthy personality.

Following the Second World War, Eysenck devised a battery of questions to assess mental disease in returning soldiers being treated for neurotic disorders. In analyzing the soldiers’ answers, Eysenck identified a slew of similarities, from which he developed his first-order personality traits. These include qualities such as moodiness, even-temper, impulsivity, pessimism, passivity, and liveliness.

With further analysis, Eysenck distilled two greater dimensions, or second-order personality traits, which govern an individual’s personality. These include extraversion/introversion and neuroticism/stability; the former explains a subject’s social behavior, while the latter explains emotional control. Later, Eysenck added a third dimension, psychoticism, which relate to cruel, aggressive, and empathy-lacking subjects. By retraining the nervous system to respond differently to stress, one could change their personality dimensions.

Raymond Cattell’s theory of personality worked directly contrary to Eysenck’s. Disagreeing with the concept that personality reflected only three dimensions, Cattell endeavored to prove that it is necessary to consider a much larger number of traits to understand personality. To do this, Cattell studied a large and disparate group of people and aggregated vast amounts of information, categorized as L-data (life history, such as school grades and work performance), Q-data (standard questionnaire), and T-data (objective tests).

Ultimately, Cattell identified 16 personality traits. Some of these traits include intellect, sensitivity, independence, liveliness, and warmth. Then, he separated them into source and surface traits, which are respectively harder and easier to detect, but respectively more and less important to describing personality.

Theories of personality are useful to psychologists for a variety of reasons: They offer standardized descriptions of behaviors and traits which can be compared between subjects, and they indicate whether subjects are healthy or need help. Among laypeople, theories of personality are fun to consider — but they typically provide little insight into your underlying mental health without the interpretation of a trained, professional psychologist.

Photo by Patrick Fore on Unsplash 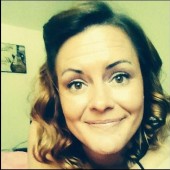 Steps At Managing Mental Illness As A Parent